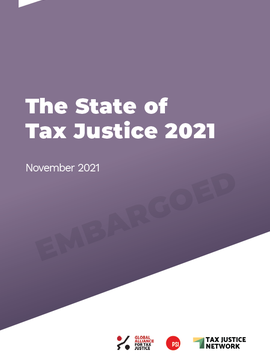 Our new study, published with Tax Justice Network and Global Alliance for Tax Justice with support from the Friedrich Ebert Stiftung, reveals countries are losing a total of $483 billion in tax a year to global tax abuse – enough to fully vaccinate the whole world against Covid-19 more than three times over.

This 2021 edition of the State of Tax Justice documents how a small group of wealthy countries with strong influence over the reform of global tax rules is responsible for the majority of tax losses that starve the worlds public health services. Lower income countries which are proportionally more dependent on corporate tax revenues are hit the hardest.

Rosa Pavanelli, General Secretary at Union Federation Public Services International said: Many corporate and political leaders applaud our frontline workers in public; yet in private, they undermine frontline services by continuing to perpetuate tax abuse on a repulsive scale. Ending tax dodging would pay for 1000 people to be fully vaccinated every single second; we could fully vaccinate the world's 135 million health and care workers in just a day and a half. The only way out of this crisis is to end vaccine inequality, and that requires both waiving patents and cracking down on corporate tax dodging, which pulls money away from our frontline health services and into their offshore bank accounts.

The State of Tax Justice 2021 reveals that for every $1 OECD countries pledged to the COVAX programme, a worldwide initiative established to address vaccine inequity, they cost the rest of the world $43 by facilitating global tax abuse

Pavanelli said: “Fanfare surrounding the recent OECD/G20 agreement to curb tax abuse masks the fact that most of the revenue will go to Europe and the USA, and away from countries in the global south who lose a much higher percentage of public revenue to tax abuse. The deal’s 15% minimum tax-rate for the world’s richest corporations is a slap in the face for nurses doing night shifts on COVID wards who routinely pay a higher rate on their wages.”

Over 99 per cent of global tax losses result from multinational corporations and wealthy individuals utilising abusive tax regulations and loopholes in higher income countries. The lion’s share of blame among higher income countries falls on the UK together with Netherlands, Luxembourg and Switzerland who are responsible for over half of the tax losses the world suffers (55 per cent), which is why the countries are often collectively referred to as the “axis of tax avoidance”.

Despite commitments by OECD members on curbing global tax abuse, the study found they are responsible for facilitating 78 per cent of the tax losses countries suffer a year. OECD members facilitate the handing over of $378 billion a year from public purses around the world to the wealthiest multinational corporations and individuals. Yet no OECD member nor any axis of tax avoidance country appears on the EU tax haven blacklist. The handful of mostly small island nations blacklisted by the EU are responsible for 1.1 per cent of global tax abuse. The findings strengthen calls to move rule-making on international tax from the OECD to the UN.

Even in countries responsible for the most extreme levels of abuse, few citizens enjoy any benefits as almost all the tax losses their governments enable are pocketed by wealthy multinational corporations and individuals. Reigning in OECD members’ tax havenry would generate major benefits to people living in both OECD and non-OECD member countries.

Global tax abuse enabled by rich countries is hitting poorer countries the hardest. While higher income countries lose more tax in absolute terms, $443 billion a year, their tax losses represent a smaller share of their revenues - 9.7 per cent of their collective public health budgets. Lower income countries in comparison lose less tax in absolute terms, $39.7 billion a year, but their losses account for a much higher share of their current tax revenues and spending. Collectively, lower income countries lose the equivalent of nearly half (48 per cent) of their public health budgets – and unlike OECD members, they have little or no say on the international rules that continue to allow these abuses. With their vaccination rates far lower, global tax abuse deals a double blow to lower income countries by robbing them of the funding to protect their populations against Covid-19 and, consequentially, exposing them to an even greater human and economic toll.

Taxes on wealth and excess profit

In addition to calling for a UN role in global corporate tax policy making, the State of Tax Justice recommends the following measures which governments should implement unilaterally:

In this Op-ed, written for the launch of our 2021 State of Tax Justice report, PSI General Secretary Rosa Pavanelli outlines why now is the vital moment for governemnts to take meaningful action to stop corporate tax abuse. 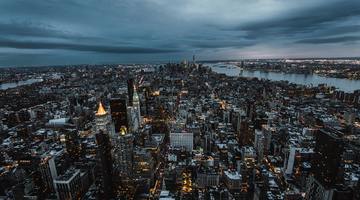