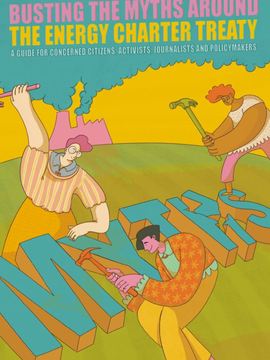 Guide: Busting the Myths around the Energy Charter Treaty

Five years after the Paris Agreement was signed, concern is mounting over another, lesser-known international treaty: the Energy Charter Treaty (ECT). The ECT is an antithesis to the Paris Agreement, allowing fossil fuel companies to sue countries over their climate policies rather than strengthening the global response to climate change.

The ECT was signed over two decades ago without much public debate. It protects all investments in the energy sector, including coal mines, oil fields and gas pipelines. Any state action that harms a company’s profits from these investments can be challenged outside of existing courts, in international tribunals consisting of three private lawyers.

In light of the growing controversy, this guide aims to help activists, concerned citizens, journalists and policymakers confront pro-ECT propaganda. It identifies the ECT’s defenders and their arguments, and offers deeply researched counter-evidence.