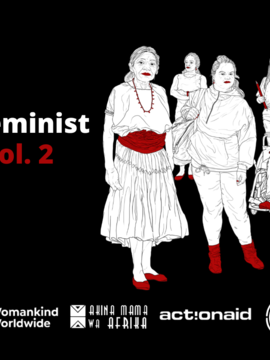 The new volume of the guide presents tools to assess the gender bias in the current tax system and best practices to advocate for a feminist tax system that upholds human rights and enables substantive gender equality.

Using Uganda as a case study, the publication was developed to support individuals, civil society organisations and practitioners working in tax justice and gender equality to assess their own countries’ tax systems. It takes the readers through different exercises aiming to enable them to develop their own analysis and advocacy strategy for tax justice and gender equality. It also presents three main frameworks that provide a gender equality and human rights lens and could be used in the analysis and formulation of tax policies: the OPERA human rights framework; the Fair Tax Monitor; and Grown conceptual framework for tax and gender analysis.

What is in the guide?

It demonstrates how a feminist analysis of economic models and tax systems is essential for the realisation of women’s human rights. It provides an overview that demonstrates how taxes and tax policy tend to disadvantage women who already face multiple intersecting inequalities. The chapter elaborates how illicit financial flows (IFFs) undermine government revenue and policies, and demonstrates the need for a feminist care-focused post-pandemic recovery. It elaborates issues such as care and tax justice, regressive tax systems, women in the informal economy, the gender dimensions of tax justice in the extractives sector, and the climate crisis and its impact on women, concluding with a focus on the positive impact of women workers in the Uganda Revenue Authority. It recommends group exercises to enable readers to develop their own analysis and advocacy strategy for tax justice and gender equality.

It describes two tax systems – a progressive and a regressive tax system. Using Uganda as a case study, the chapter elaborates different kinds of taxes with a focus on what are direct and indirect taxes. These taxes are described in detail as well as their implications on different populations of women and men. It includes an extensive illustration of VAT taxes in Uganda and their gender implications. Two group exercises in this chapter assist the readers to understand tax policy and the tax system in their own countries and the role of tax in macroeconomics. The exercises challenge readers to understand the different taxes in their countries and their implications for gender inequality.

It presents three gender equality and human rights analytical frameworks that the readers can learn from and use in their countries to do a human rights and gender equality analysis of tax and tax policy. The analysis aims to enable readers to understand the issues implicated in the (lack of) collection of disaggregated data and to challenge and advocate for intersectional gender equality and tax justice in their countries. The first analytical framework enables you to monitor human rights and their violations using OPERA, a tool developed by the Centre for Economic and Social Rights (CESR). The second framework is Caren Grown Conceptual Framework for the realisation of gender justice in tax. This framework was used in eight countries to demonstrate tax injustice and the reforms needed in tax policy in recognition of women’s work in the informal and formal economies, women’s unpaid care work, and gender differences in consumption expenditures, property rights and asset ownership. The third gender analysis framework is the Fair Tax Monitor (FTM). The FTM is a unique evidence based research and advocacy tool that identifies the main bottlenecks within tax systems and provides strong evidence for advocacy work at the national and international level. Using the example of Uganda with additional gender specific questions in the FTM, a new and detailed FTM report from Uganda is presented to demonstrate that a detailed gender analysis of tax is possible using this methodology.

Uganda has a long and rich history of feminist economists, women’s rights and feminist groups, civil society organisations and research centres involved in research and mobilisation for tax justice. These groups have focused on revenue generation as well as equality enabling measures on the expenditure side, with their decades-long organising for gender-responsive budgeting. The chapter demonstrates the multiple ways that women’s lives are linked to taxes and public services and briefly profiles the work of the Forum for Women in Democracy (FOWODE), in Uganda. It then takes the 2010 case study of Uganda undertaken using Grown’s Conceptual Framework and it juxtaposes the gender analysis of taxes then with the situation today.

The publication reiterates the demands and recommendations of the GATJ’s Tax and Gender Working Group to governments and multilateral institutions to make taxes work for women: