Rosa Pavanelli stood with the new leaders of German union ver.di, including Chairman Frank Werneke and board member Sylvia Bühler to denounce the systematic violations of workers’ rights by the German multinational Fresenius, operating hospitals and dialysis clinics in 100 countries. The company employs 280,000 workers.

Rosa said, “A company of this size, which earns profits from public health budgets, cannot be allowed to violate international labour standards." 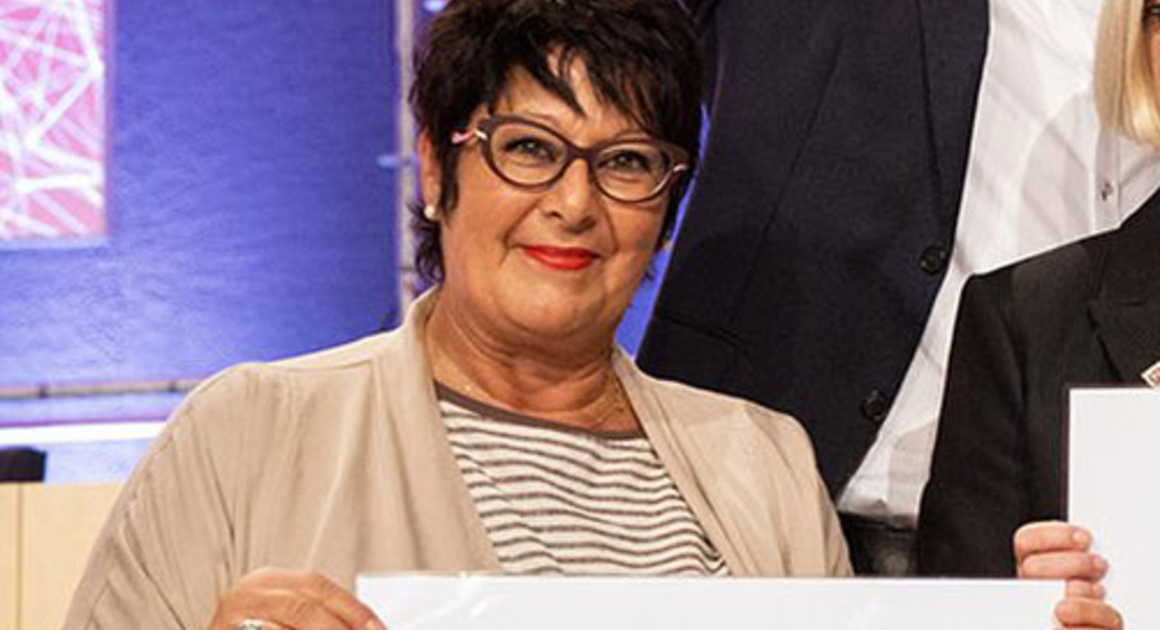 "It is not acceptable to maximise corporate profits on the backs of workers who dedicate their lives to caring for our sick and infirm. Nor is it acceptable to compromise patient care in the name of profits.”

Fresenius: For the right to unionize

This article, published on the Ver.di website, is translated from German.

Leipzig, Germany, September 25, 2019 - The German DAX Group Fresenius must respect human and workers’ rights worldwide to enable workers to unite in trade unions. The newly-elected ver.di federal chairman Frank Werneke and Sylvia Bühler, who is responsible for health care in the ver.di federal board, are calling for Fresenius to start negotiations with the unions for a global framework agreement without delay. They sent a message of solidarity to the employees of Fresenius North and South America from the currently ongoing ver.di federal congress.

Together with the general secretaries of the Global Union Federations Public Services International (PSI), Rosa Pavanelli, and UNI Global Union, Christy Hoffman, they called on the multinational corporation to immediately stop workers’ harassment and anti-union practices at the subsidiaries Fresenius Medical Care, Quironsalud and Fresenius Kabi. In 2018, Fresenius had issued a statement on respect for fundamental workers’ rights, but this statement is grossly ignored in several regions of the world. A Global Framework Agreement is now to introduce effective procedures for responding to workers’ rights violations in the Group’s companies.

In the United States, Fresenius uses the so-called Union Buster to prevent workers in dialysis facilities from joining unions. Since there are no works councils in the US, collective bargaining is not only significant for wages. They are also the only instrument for workers to achieve, for example, protection against dismissal in the event of sickness and to regulate the immediate working conditions in the workplace, such as working hours. However, in 2018 alone, the company paid more than $400,000 to "consultants" to keep businesses "union-free", often using questionable methods. In May, it became known that recruitment for human resources management calls its core tasks "avoid trade unions" and "union-free communication". Workers in the US face massive personal pressure when organizing in trade unions.

In Peru, government employees have filed a complaint against Fresenius over the fact that illegal temporary employment contracts have not been changed to indefinite contracts.

Sofia Espinoza, National Director of the Fresenius union in Peru, said: "Everything was fine until the clinic became part of the Fresenius Group. After that, there was chaos in the hospital. The management personally threatened me with consequences because of my union involvement."

Ver.di supports the worldwide solidarity actions that address the violations of workers’ rights by Fresenius. "We welcome Fresenius’ explicit commitment to respect fundamental workers’ rights since 2018. But no worker benefits from any of these, if it is only on paper, it has to be lived in practice," said Sylvia Bühler.

PSI General Secretary Rosa Pavanelli said: "The problems in the US and in Peru are structural problems of the company and have to be addressed globally in dialogue with the unions. Our goal is for Fresenius to behave like a responsible employer everywhere."

In order to achieve this goal, a "Global Trade Union Alliance Fresenius" was founded in May 2019 in Frankfurt/Main, Germany, by more than 50 representatives of workers and trade unions from Europe, North and South America, Africa and Asia. The Alliance is supported by the Global Union Federations IndustriALL, PSI and UNI. The unions’ target, a global framework agreement with the company, would cover around 280,000 employees in 100 countries.