If changes are implemented, Bangkok will be the first UN station in the world with three tiers of staffing. This follows a review in 2011 that reduced salaries of local staff in Bangkok by 22%. 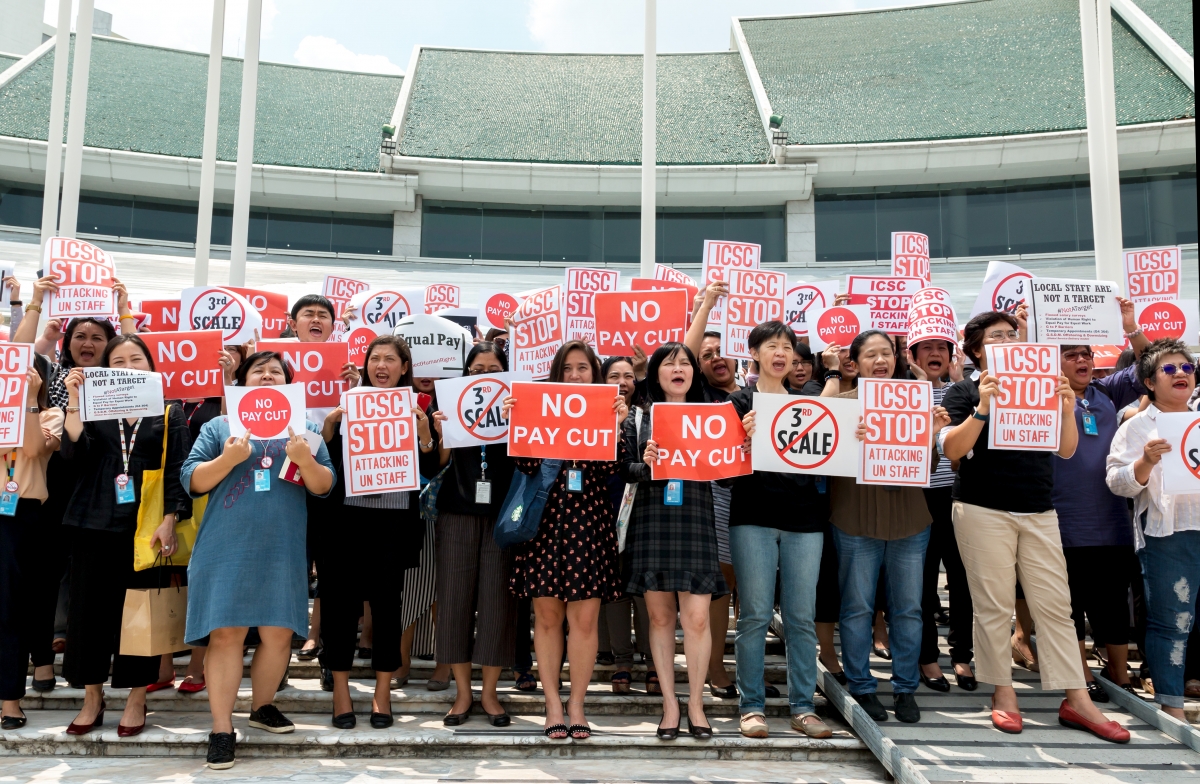 PSI expresses support and solidarity to United Nations (UN) Staff based in Bangkok challenging arbitrary wage decisions and calls on the UN to respect the labour rights of its own staff.

The UN Office for Human Resources Management and the International Civil Service Commission have conducted a review of staff salaries without proper consultation of staff and their unions. The review resulted in particularly alarming outcomes for local staff employed in the UN regional office in Bangkok. A new, lower paid, category of staff will be created subjecting local staff to a third category in the hierarchy of staff and salaries.

This third category relates to “general services” employees who are locally recruited staff, a majority of whom are women. This decision has the effect of further widening the gender pay gap and adds to a trend in poor working conditions for staff, including employing over 40% of its workers through precarious non-staff contracts or unpaid internships.

If implemented, Bangkok will be the first UN station in the world with three tiers of staffing. This follows a review in 2011 that reduced salaries of local staff in Bangkok by 22%.

“The UN has failed its own standards test. How can employers be held accountable for exploiting workers, if the UN refuses to respect workers’ rights?,” argues Kate Lappin, PSI Asia Pacific Regional Secretary.

Unions involved have repeatedly drawn attention to the fact that the global review process has been deeply flawed and that:

PSI is alarmed that the UN has disregarded obligations to collectively bargain with staff unions and is attempting to widen the salary gap amongst staff.

“This decision has undermined the UN’s own principles and makes a mockery of the international standards it purports to uphold. The credibility of the UN is fundamentally at stake. It must immediately sit down with UN staff unions/representatives and negotiate an acceptable outcome,” continues the PSI Asia Pacific Regional Secretary.

PSI seeks immediate negotiations between the unions representing UN staff, UN ESCAP management and UN Human Resources and Management and that they respect and adhere to ILO standards regarding collective bargaining.