Years of union tax campaigning has resulted in a big win after a majority of EU ministers voted in favour of finalising negotiations of a new directive on public country by country reporting for multinational compoanies - a key instrument for transparency and to tackle corporate tax avoidance.

Once adopted, this new directive will force major european corporations to publicly reveal where they do (or don't) pay tax - a key step to increasing corporate transparency and empowering unions to hold companies to account.

The proposals will help grow public understanding of the need to crackdown on corporate tax abuse to increase funding for urgently needed investment in public services. It will also strengthen the ability of unions in the private sector to win wage rises by enabling them to get a real picture of corporate finances which are so often kept secret.

On March 3rd, EU ambassadors approved the proposal, clearing the way for Parliament, which adopted its position in 2017, and Council to negotiate and adopt a final text (trilogue process).

However the possibility still exists for the proposal to be watered down and PSI is calling on its affiliates to keep the pressure up on countries to make sure an effective proposal is adopted. (Learn More here)

“This is an important step forward to corporate tax transparency. Health workers and others who have sacrificed to keep us all safe during COVID deserve to know which companies are avoiding contributing to underfunded public services and which are acting responsibly. ”

The PSI State of Tax Justice Report 2020 revealed that offshore tax dodging costs the world one nurses salary per second.

“It is well past time that European tax havens, hiding in plain sight, are forced to tell us what they are letting companies get away with in their jurisdiction. The OECD should take note and stop shielding tax avoiders by refusing to make the information they have public”

One nurse’s salary lost to tax havens every second, our new report reveals

State of Tax Justice is a landmark new study release by PSI, Tax Justice Network, the Global Alliance for Tax Justice in partnership with Friedrich Ebert Stiftung which reveals for the first time the brutal costs of tax abuse for every country in the world. 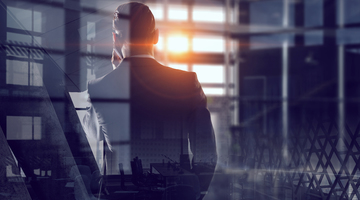