The newly-elected Mayor of Bolu Municipality in Turkey has dismissed 97 workers without any explanation. Hizmet Is Trade Union, from the first day took action to defend our workers rights and asks that the Bolu authorities reinstate dismissed workers to their post.

The new mayor, Tanju Özkan from the main opposition party CHP, both before the election and during his handover ceromony promised job guarantees for all local government workers and respect for freedom of association. However, within days of becoming Mayor, he broke these promises.

Hizmet İs began a sit in protest in front of Bolu Municipality which has lasted over 100 days so far. Workers have been left jobless and their families are suffering and their hopes for a stable future have been taken away.

Trade union representatives from Hak İs Confederation and Hizmet İs Trade Union  led a march of over 6000 workers, NGOs and community members for over 10 days and 200km from Bolu to Ankara in protest. This Labour and Justice Walk ended with a large demonstration in Ankara in front of CHP headquarters.

Yet the struggle continues. The demands of workers and their unions have been continuously denied and ignored. Trade union leader Mahmut Arslan has declared that if the authorities refuse to revoke the dismissals, then a hunger strike will be launched on 23rd of August.

Hizmet Is trade union is calling for international support in their struggle against union repression and dismissal of municipal workers. 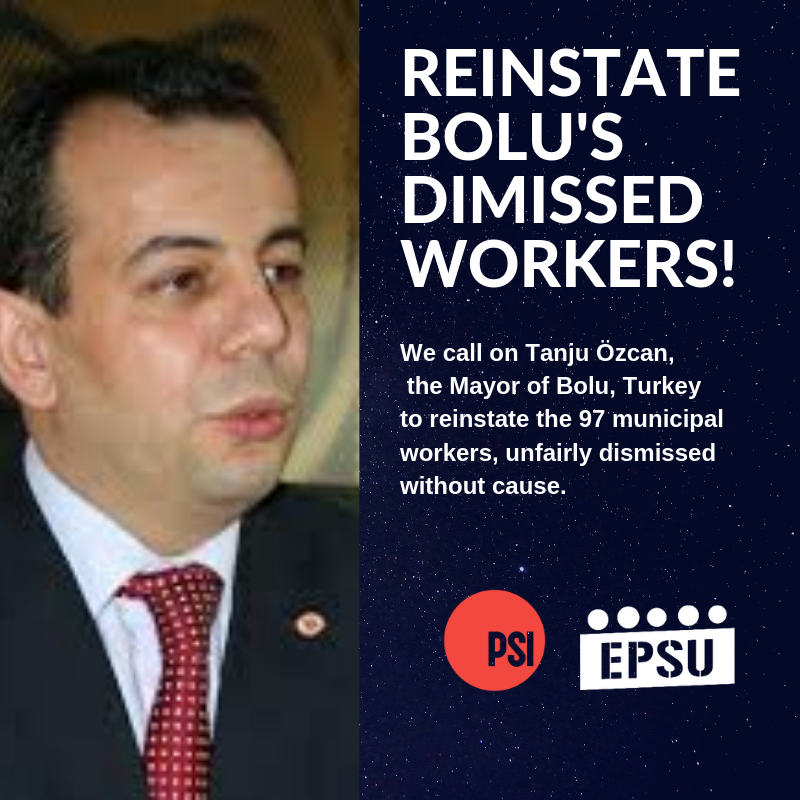