PSI and its affiliated unions in the Philippines welcomed the decision of Senators and Representatives comprising the Congress’ Bicameral Conference Committee which approved the 105-Day Expanded Maternity Leave Law of 2018, thus, amending the existing maternity leave. 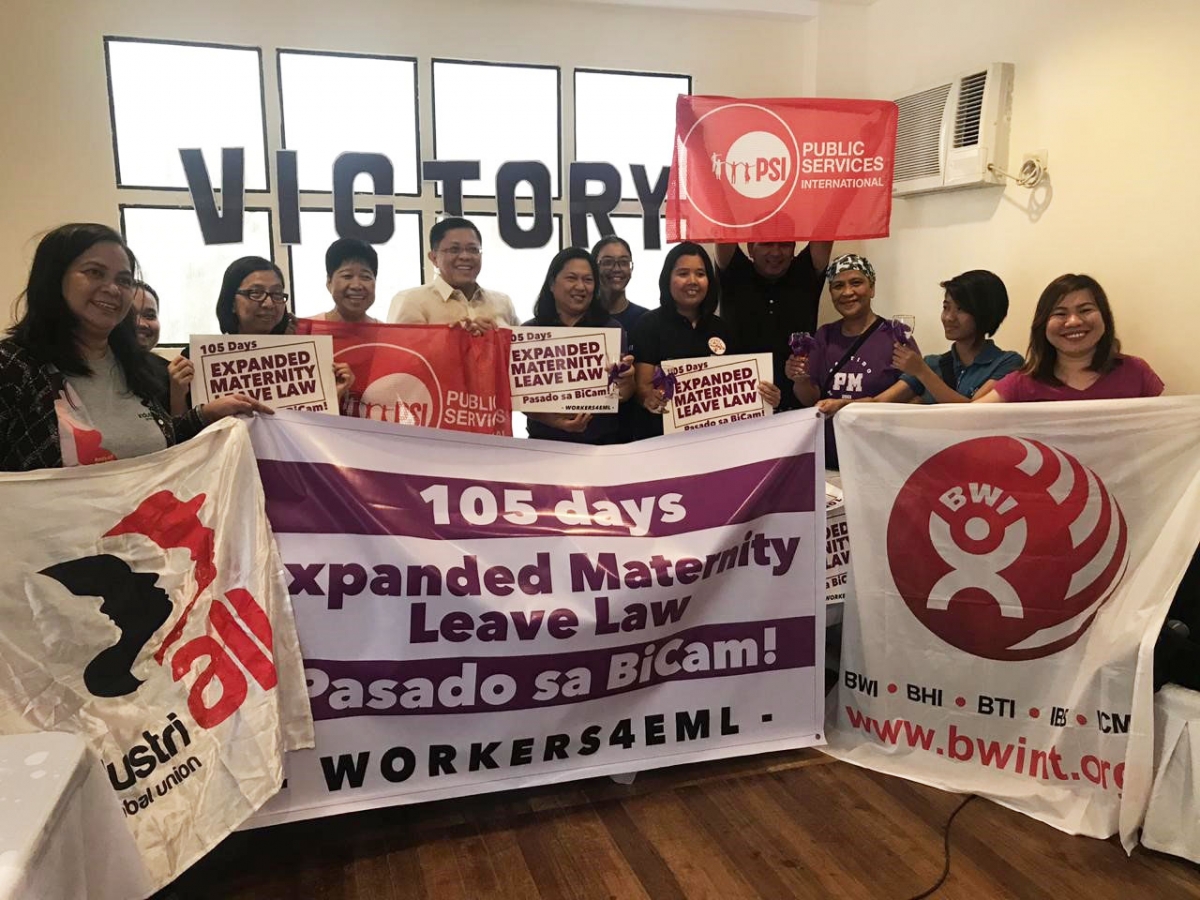 The approved bicameral version provides for 105 days paid maternity leave for public and private sector workers, with an option to extend for an additional 30 unpaid days; additional 15 maternity leave days for solo parents and covers every instance of pregnancy. 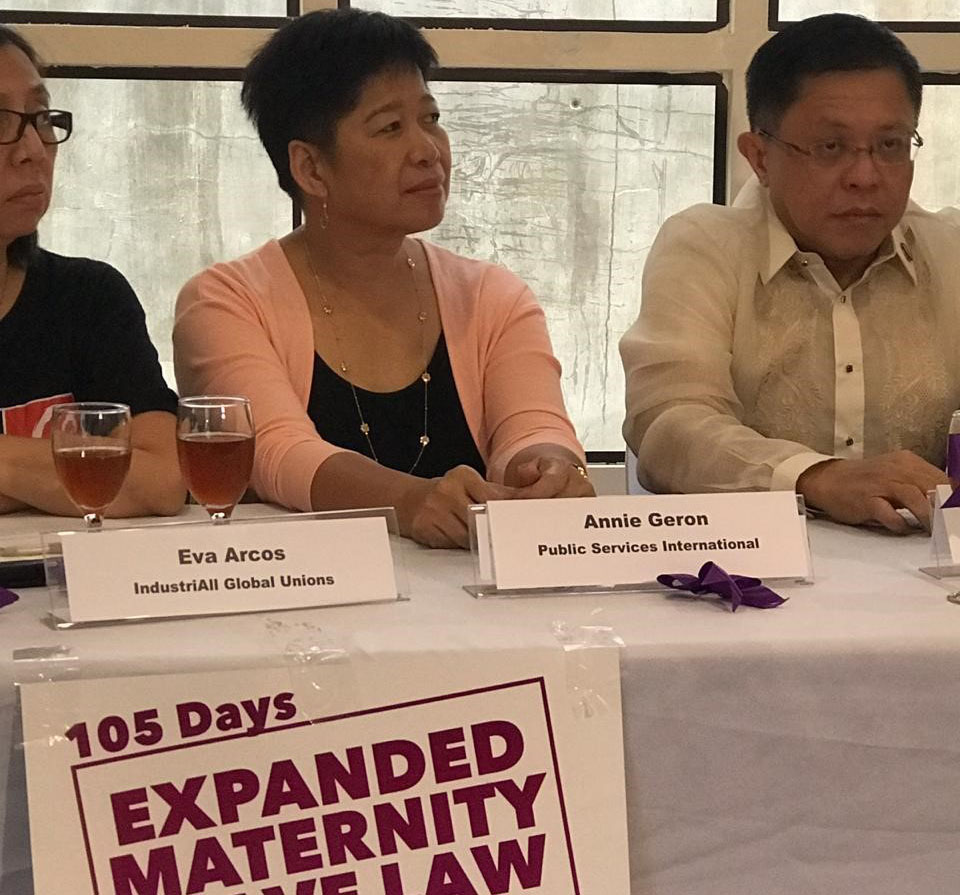 "It was an intense campaign where all PSI affiliates together with other unions in the Philippines and women unionists put an effort to campaign and advocate for maternity protection. It is also part of the PSI Philippines Health Project in its campaign for the approval of the proposed measure in recognition of the government’s priority to uplift and support every woman’s productive contribution to the economy and to the country as a whole," said Annie Enriquez Geron, PSI Vice President for Asia Pacific.

The dedication and commitment of the PSI unions and women activists has made it possible in defending women's rights to work. It also connotes that women work in dignity and benefit from conditions that exclude discrimination and discriminatory practices based on their sex and their reproductive role.

Both the Senate and the House of Representatives approved and ratified the harmonized version of the proposed law and it will be submitted to the Philippine President for his signature and approval. The PSI Filipino affiliates and other stakeholders are continuously lobbying the administration for its enactment into law. 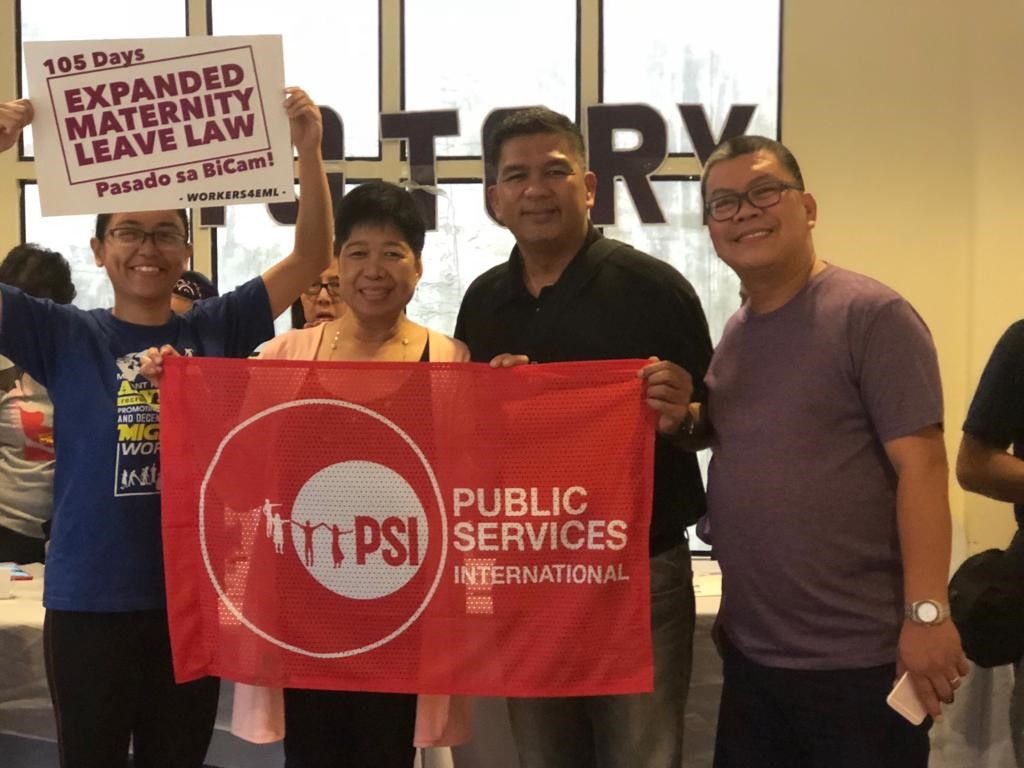 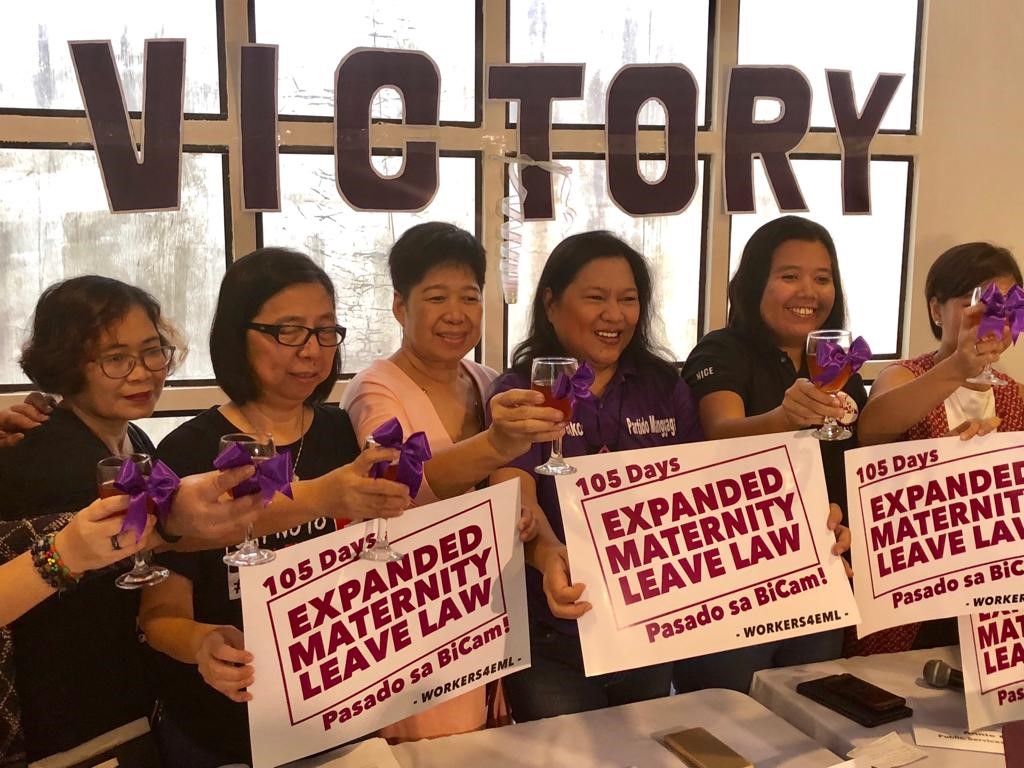