Meeting on 18-19 November, PSI Executive Board EB-155 heard regional reports on the efforts to combat the COVID-19 pandemic. It paid tribute to the public sector workers and the thousands who have died from COVID whilst doing their job.

The PSI Executive Board (EB) 155 met on 18-19 November 2020. It heard reports from the regions about efforts to combat the COVID-19 pandemic, with its strain on health, social care, and other public services, its economic impact and the effects on trade union rights. It paid tribute to the public sector workers across all sectors who have personally sacrificed, and the thousands who have died from COVID whilst doing their job.

It welcomed 12 new affiliates and new Regional Executive Board members from Asia-Pacific and endorsed the nominations of the European Vice-Presidents. It appointed an election officer to oversee the election to fill the vacancy of the Young Workers’ Representative to the Steering Committee.

The Board condemned the underfunding of vital public services, especially health and social care services, that is causing understaffing and undermining the ability of public service workers to fight the COVID pandemic. It condemned the privatisation and outsourcing of public services and the insidious and increasing use of precarious work. The Board noted the failure of global supply chains to provide necessary personal protective equipment and other vital medical supplies when they were needed. EB expressed alarm at the way corporations have captured funding for the COVID response and economic stimulus packages.

EB noted that while public services and public service workers are enjoying a resurgence in appreciation, those representing corporate interests are already beginning to talk up government debt and call for cuts. A return to austerity is a real risk if a new economic model cannot be implemented. EB noted that PSI and its affiliates must be bold in demanding a new and different post-COVID future. The Board reiterated PSI’s call for tax justice and debt relief to ensure that wealthy corporations and individuals pay their fair share. It noted the release of PSI’s new Remunicipalisation Guide (English), a resource for affiliates seeking practical ways to take back public services.

PSI Women’s Committee (WOC) reported the adoption of a work programme to reverse gender inequalities exposed and accelerated by COVID and change the discourse from a care economy to care as a social and public good. EB noted that the disproportionate burden of both unpaid care work in the home and undervalued work in the workplace had grown under lockdown measures. It noted that the lack of adequate funding for QPS and privatisation have disproportionately disadvantaged women, who rely more on QPS and form the majority of workers in health and social care. The strategy will build alliances with social movements to influence global governance to adopt a new approach to the social organisation of care, and tackle the gender biases that undervalue women’s formal and informal work and contribute to understaffing, precarious work and gender-based violence.

EB-155 endorsed PSI’s new LGBT+ strategy, noted PSI’s work leading the global union federations and thanked FNV (Netherlands), Vision (Sweden) and CGSP (Belgium) for their contributions to the work. EB encouraged affiliates to contribute to the website and get involved in the LGBT+ work, and called for more affiliates to provide solidarity contributions to make the work sustainable.

Harris Gleckman, former Chief of the New York Office of the UN Conference on Trade and Development, spoke to the meeting about the increasing role of corporations in United Nations processes. He explained how the concept of “multistakeholder forums” is undermining multilateralism by entrenching corporate power and influence in the UN. He noted the increasing role of corporations in UN bodies, such as the ILO, through so-called Public Private Partnerships and warned that unions must not be blind to these attacks.

EB-155 adopted an emergency resolution on the political crisis in Peru in support of PSI Peruvian affiliates, adopted a declaration of solidarity in view of the natural disasters caused by the passage of hurricanes Eta and Iota, and adopted a joint resolution with EPSU on the conflict between Armenia and Azerbaijan.

PSI Congress 2022 is planned for 6-11 November, but these dates will be reviewed in view of evolving COVID-related restrictions. EB received a report on Congress 2022 preparations and on the process for consulting affiliates on the Programme of Action (PoA). It noted that the PoA must elaborate bold demands for a new post-COVID world that puts people over profit by placing public services and workers’ rights at the centre of our society. EB-155 also received a report on the progress of the constitutional review.

EB-155 adopted the work programme for 2021 and revised UD project criteria after consultation with affiliates. It received reports on the structural budget measures taken in 2020, noted the slight surplus forecast for 2020, and adopted a surplus budget for 2021, provided all the fees are received and all the activities carried out. EB nominated a new Acting Members’ Auditor, Catherine Friedli, SSP-VPOD, Switzerland.

EB-155, acting in its capacity as the General Assembly of the PSI French Secretariat Association, adopted revised statutes for the French Association (which governs the management of the PSI Head Office).

The minutes will be made accessible to all PSI affiliates on the PSI website in due course.

EB-156 and the Women’s Committee are tentatively scheduled for late November 2021. SC-23 is currently scheduled to meet on 26 and 27 May 2021, but given the likelihood of SC-23 being a virtual meeting, it was suggested it could be instead a virtual EB meeting. As virtual meetings are shorter, secretariat will advise the President on the possibility of holding an extra EB or SC meeting during 2021, to ensure all necessary business is dealt with.

The PSI Executive Board-155 met virtually on 18-19 November. 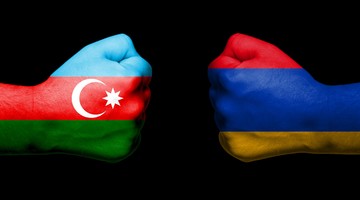