A broad array of “non-state actors” including civil society organisations which enjoy official relations with the WHO also participate in discussions on agenda items at the World Health Assembly.

PSI became the first trade union body accorded official relations with the WHO in its seven decades history, last year. As a “non-state actor”, we had a delegation at the Health Assembly. The delegation comprised women and men drawn from affiliates of PSI across the different regions.

Setting the tone for #WHA72

Building on a long history of civil society engagement in global health governance and policy, PSI and other organisations in the Geneva Global Health Hub (G2H2) organised a series of civil society meetings ahead of the 72nd World Health Assembly on 17-18 2019.

As panellists and discussants, members of the PSI delegation contributed to discourse on fundamental issues such as conceptualisation on and the relationships between civil society, “non-State actors” and the WHO”. We also engaged with other civil society organisations in developing and sharpening perspectives on selected global health topics that would be deliberated on at the 72nd World Health Assembly.

And on Sunday 19 May, PSI also joined the full day meeting organised by Peoples Health Movement towards publication of the Global Health Watch 6, by 2021. Some members of the PSI delegation did however join the “Walk the Talk: Health for All Challenge” organised by the WHO.

We were thus physically, psychologically and mentally ready for the full nine days journey of the 72nd World Health Assembly when it was opened on 20 May.

In his opening address, Dr Tedros Adhanon Ghebreyesus, the WHO Director-General pointed out that “first, health is about political leadership” and lastly “health is about people”. PSI agrees with these positions. Therefore, we have always upheld the centrality of governments in safeguarding the health and wellbeing of people. Further, this entails the enthronement of universal public health care.

Observing that the Health Assembly always involves a lot of talking, Dr Ghebreyesus stressed the need for delegates to equally listen attentively, including to the voices of the billions of people spread all over the world, who were not at the WHA72.

PSI delegates made interventions, speaking for the 30 million working women and men it brings together as well as for billions of poor people in whose interest it is that we defend public health. 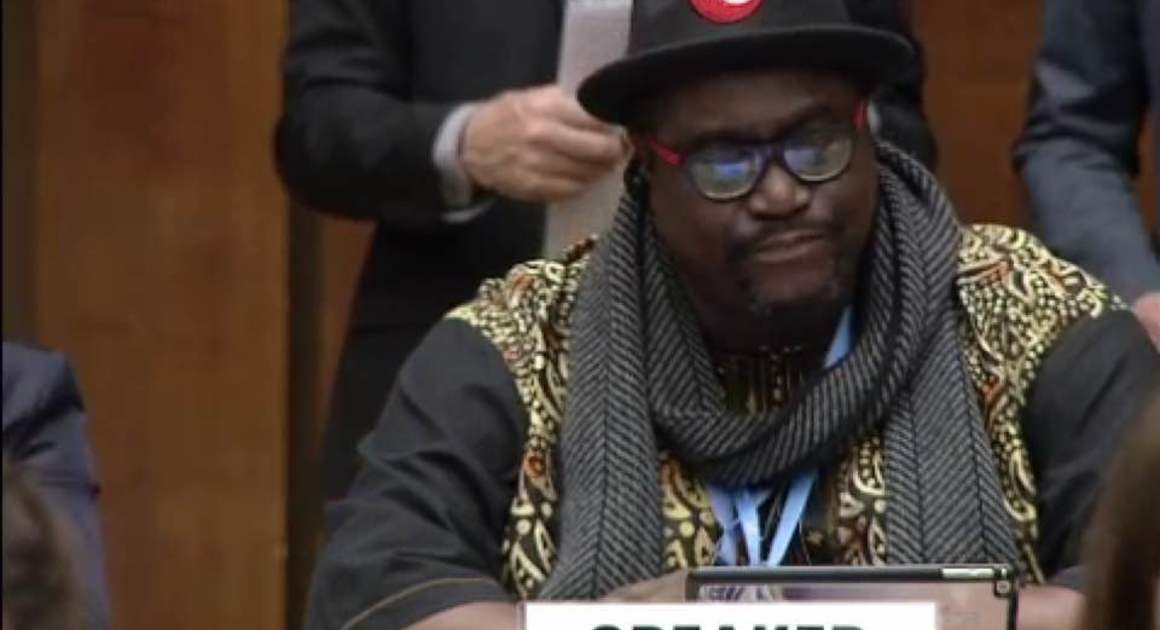 Probably the most contentious item on the agenda was that on “Access to Medicines and Vaccines”. At the 71st WHA, Member States requested that WHO Secretariat come up with a draft roadmap that outlines WHO’s work on access to medicines, vaccines and health products. This is because lack of access to safe, effective, quality and affordable medicines and vaccines has been a major barrier to providing health for all over the world, and particularly in developing countries.

Haven considered the draft roadmap, Italy hit the nail on the head with a draft resolution for “improving the transparency of markets for drugs, vaccines and other health-related technologies”, just a month to WHA72.

It urged Member States to take necessary measures that would ensure transparency of markets for drugs and vaccines, including action against opacity in trade agreements. Brazil, Greece, Malaysia, Portugal, Slovenia, South Africa, Spain, Turkey and Uganda backed Italy’s initiative for transparency and the spirit of the WHO roadmap.

But several countries with big pharmaceutical companies rose as a body to try derail this transparency initiative. These included; Australia, Denmark, Germany and Sweden. After long-drawn negotiations which saw deliberation on the agenda item postponed twice at Committee level, a consensus which largely reflected the draft resolution’s input was adopted by the Health Assembly.

In PSI’s statement presented during the deliberation, we reiterated our perspective that “the point of departure for aligning public health needs with economic and social development objectives, must be one which puts people over profit.” We further argued that lack of transparency “promotes rents in addition to fair profit” for big pharma.

The adoption of the roadmap and resolution initiated by Italy represent a huge step forward, which has to be consolidated with concrete action to ensure transparency in the operations of big pharmaceuticals.

Dr Tedros Ghebreyesus, Director-General of the WHO presented a report of the WHO’s work in health emergencies to WHA72. This provided perspective on how WHO is helping to strengthen national emergency preparedness globally.

Conflicts and public health emergencies have become a toxic mix for frontline health workers. The situation in the Democratic Republic of Congo (DRC) is particularly worrisome. The challenges that go with the Ebola response is worsened by the attacks of health workers by armed militia.

PSI spoke out against the targeting of emergency workers in the country and other countries, as well as in Gaza. We called on WHO Member States “to do everything possible to ensure the safety and security of health workers in conflict zones”.

Respect for trade union rights, as we argued, is an important element for promoting health workers’ roles in health emergencies.

A draft WHO global strategy on health, environment and climate change which considered the transformation needed to improve lives and well-being through healthy environments was considered by the Health Assembly, as well as a draft plan of action on climate change and health in small island developing countries.

PSI supported the draft global strategy, which was an improvement on the initial draft discussed by the 144th WHO Executive Board session earlier in the year. We however expressed the view that its argument for urgent action needed reinforcement. This could have been done with the inclusion of insight from the Intergovernmental Panel on Climate Change’s special report on “Global Warming of 1.5°C” which nakedly presents planetary extinction as an existential issue.

We further called for application of the principle of social and intergenerational justice, by ensuring that countries and companies which have contributed more to global heating must contribute much more significantly to mitigate the climate crisis, in our collective interest.

PSI took up the cause of health and social workers on several other agenda items as well.

The importance of investment in the health workforce cannot be overemphasized. We thus urged Member States to commit adequate resources for improving employment and working conditions in the health services.

PSI welcomed of the National Health Workforce Accounts system by WHO. This has helped improve the availability, quality and use of data on health workforce through monitoring of a set of indicators. Trade unions could thus be armed with facts and figures for policy advocacy. We can speak more clearly to governments in different countries on the extent of health employment necessary to ensure safe and effective staffing for health. This is in line with the recommendations of the United Nations High-Level Commission on Health Employment and Economic Growth, where PSI represented the trade union movement in 2016 and the aims of “Working for Health: Five-Year Action Plan for Health Employment and Inclusive Economic Growth (2017-2021)”.

We also reaffirmed the continued importance of the WHO global code of practice on the international recruitment of health personnel. PSI considers decent work and improved living conditions in “sending countries” as being of primary consideration. However, if health workers are to exercise their human right to migrate, it should not be in ways and manners that are exploitative. This for us, is at the heart of the relevance of the global code of practice.

PSI was particularly concerned with defending the interests of community health workers (CHWs) in the session of the WHA which considered universal health coverage. In many low- and middle- income countries, CHWs play a central role in extending health care to millions of people in the rural and peri-urban communities.

But they often face inhumane working conditions including lack of, or extremely low remuneration. Often described as “volunteers” despite putting in 8-hour work each day as workers, they end up being provided with just stipends that barely cover their transportation costs, in several countries.

To address multifarious challenges facing CHWs and CHW programmes, WHO developed a Guideline on health policy and system support to optimize community health worker programmes, last year. PSI is happy to have represented the trade union movement in the guideline development group that formulated the guideline. And with the support of the Peoples Health Movement (PHM) and Medicus Mundi International (MMI), PSI urged WHO Member States to implement the guideline.

Promoting the health of refugees and migrants

In our statement to the Health Assembly, we pointed out that “all refugees and migrants, regardless of status, are entitled to the full respect of their human right to health.” And further to this, we maintained that “access to quality public health services must therefore be guaranteed without fear or discrimination.”

PSI has various materials, tools and strategies to share in defending the right to health for refugees and migrants. We look forward to collaborating with the WHO in implementing the Global Action Plan.