Leaders of the G7 nations must use this week’s summit to agree a temporary waiver of the intellectual property (IP) rights for the coronavirus vaccine ​to allow more of the world’s population to be vaccinated and quickly, say UNISON and Public Services International.

The G7 nations, whose members include the UK, Canada, Germany and the US, have so far failed to reach agreement on a proposal made last year by India and South Africa to the World Trade Organisation.

This ​proposal sought to bypass the monopoly held by ​the pharmaceutical giants over the vaccine market, by temporarily waiving their IP rights​.

The move would enable any country to reproduce and supply the vaccines at cost price to their ​citizens, speeding up production time and saving countless lives, says UNISON.

The general secretaries of UNISON and PSI have written to the G7 leaders, urging them to immediately back the waiver.

All the G7 countries have managed to secure enough ​vaccine supplies to ​jab their populations several times over, and the US has already started protecting lower-risk groups, such as children.

The union is urging ​G7 summit leaders not to be complacent with people’s lives, and ​act together to ensure profit doesn’t take priority over world health during this global emergency.

Ahead of the G7 Summit the General Secretaries of PSI and our UK affiliate Unison have told leaders that the best way to ensure equal access to vaccines and ramp up production is through a WTO waiver on Covid products. 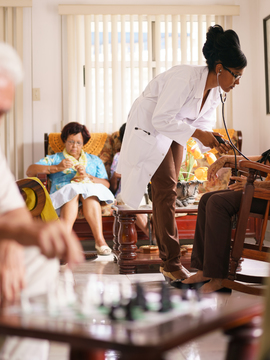 “The G7 leaders must take decisive action to bring the virus under control. People in low-income countries don’t have time to deliberate – every moment wasted risks thousands of lives.

“Donations of vaccine doses are a welcome step but only go so far. The 500 million jabs pledged by the US would only vaccinate the population of Nigeria. Waiving the production rights completely would have a more far-reaching impact.

“The NHS has done an outstanding job with the vaccine rollout, but with new strains emerging regularly until everyone on the planet is vaccinated, no one is safe. The world is watching the summit, and there isn’t a moment to lose.”

“Health workers across the world are demanding that the G7 finally approve this waiver on vaccine patents so they can make their communities safe as soon as possible.

“We know the COVAX programme will not be sufficient to immunise the global population. We must go to the root of the problem and that means making the vaccine public.”

Check out the campaign page