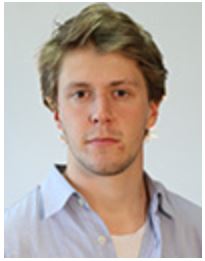 The analysis, released to mark UN Public Service Day, shows that every single low income country which received IMF advice to cut or freeze public employment in the past three years had already been identified by the World Health Organisation (WHO) as facing a critical health worker shortage.

The analysis shows tragic lessons from the Ebola crisis were not learnt. In Liberia, where understaffing and inadequate resourcing contributed to the deathsof over 300 health workers during the Ebola outbreak, the IMF recommended the country cut its public sector employment funding by 17%. This was despite Liberia having a nurse to citizen ratio of less than 6 per 10,000. The health systems of many developed countries with ratios significantly over the threshold - such as the UK (77 per 10,000) or Italy (55 per 10,000) - have struggled to cope with the ongoing Covid-19 outbreak, reinforcing the need for even greater investment.

The IMF continues to tell countries facing health worker shortages to cut public employment funding - some times with deadly consequences. In this video, we hear from nurses and unionists on the frontlines on how the devastating effects of these broken policies.

The National Health Workers' Union of Liberia (NAHWUL) says the IMF pressure led the Government to implement enforced retirements and unexplained pay deductions along with missed salary payments in the sector.

George Poe Williams, NAHWUL Secretary General said: “As a nurse, I’m shocked to see the IMF pushed for cuts to public employment funding even after Ebola decimated our public system and took the lives of so many of my colleagues. With Covid-19 once again exposing the tragic cost of austerity, the IMF must finally shift to policies which boost public sector employment and resourcing.”

In Malawi, one of the low-income countries told to freeze spending on public sector wages, there are just four nurses per 10,000, well below the recommended 30. The WHO predicts that by 2030, Malawi will face nurse shortages of 40,000.

Yandura Chipeta from ActionAid Malawi said: “Nurses in Malawi went on strike in April over poor pay and lack of equipment to protect them from contracting coronavirus. Being offered a ‘risk allowance’ of an extra $1.50 a month felt like a slap in the face for health staff risking their lives in underfunded hospitals. The pandemic is exposing the urgent need for investment in our healthcare system, more nurses and doctors, and an end to harmful IMF austerity policies.”

ActionAid’s 2020 report Who Cares for the Future: Finance Gender-responsive Public Services exposed the detrimental IMF loan conditions and austerity measures which have pushed 78% of low-income countries to plan for zero increase in public sector wages.

When countries are told to contain wage bills it means fewer doctors, nurses and frontline health workers in countries already desperately short of medics. This was a dangerous practice even before the Covid-19 pandemic and is unthinkable now.

Julia Sánchez, Secretary General of ActionAid, said: “Women are on the frontline of COVID-19, as health workers, carers, home schoolers and informal workers. Without decent public services, women will continue to bear the brunt of this and future crises. As we start building economies that care for both people and the planet, women’s voices and needs must be heard.”

Rosa Pavanelli, General Secretary of Public Services International Global Union Federation said: “Public service workers, who are giving it all to save lives, have been brutally undermined by the failed austerity policies which the IMF and others continue to promote. If the new IMF Director wants to restore faith, it's time for a policy reset towards programs which increase public sector employment and funding, especially in the health sector.”

Pavanelli was part of the UN’s High-Level Commission on Health Employment and Economic Growth which highlighted the need to employ more than 18 million new health workers by 2030. Among the recommendations made to the Commission was a call for a paradigm shift “towards greater public sector intervention and international support… to redress the market failures of under-supply of and constrained demand for health workers in low-income countries.”

Yet loan conditionality and austerity programs, which the IMF, World Bank and other institutions continue to peddle, consistently undermine this urgent need for expanded public health employment. A 2016 paperpublished in the Journal of Social Science & Medicine found that “IMF policy reforms reduce fiscal space for investment in health, limit staff expansion of doctors and nurses, and lead to budget execution challenges in health systems.”

The ActionAid/PSI Analysis draws from a range of key sources:

In this report, released April 2020, ActionAid’s research team created a comparative analysis of countries where the IMF has given advice on public sector employment funding, based on data from the IMF.

This is the WHO’s latest available country-specific list. It is currently being reviewed and our analysis will be updated when a new version is released, however we expect that the countries listed will not have significantly changed.

We use the data contained within National Health Workforce Accounts to provide information on whether individual states are above or below Nurse Thresholds in any given year: all figures used are based on the most recent year available. In addition to these figures, we included the WHO’s projections on how many “missing nurses” (IE amount under the threshold) these countries are expected to have by 2030: in all cases we use the lower end of the projections.

A comparative analysis of these data sets reveals:

We have compiled IMF advice on both cutting and freezing of public sector employment funding freeze across multiple years. In reality, a freeze in funding amounts to an effective cut due to population expansion, inflation and other external factors.

When recommending cuts in overall public sector wage bills, in some cases the IMF suggests exemptions for health and education workers. However, in practice, as these workers are the largest group on most public sector wage bill, the effect is to block the recruitment of new teachers, nurses and doctors at the scale needed to address shortages. In addition, despite IMF assurances, the enormous pressure which the institution exerts to reduce spending has led governments to reduce the conditions of employment for workers in these sectors. For example, workers in the Liberian Health Sector have faced unexplained salary cuts and lack of payment as well as forced retirement after IMF spending advice to cut the public sector wage bill.

While the IMF claims that their advice on Public Sector employment funding is not a required condition or obligatory, the enormous pressure the institution exerts means governments often feel they have little choice. For example, one Liberian politician, responding to widespread discontent at public sector pay cuts, said the IMF was “telling us to bite the bullet” and feared any reversal of the cuts would jeopardize future loans.

Nepal is the only Low-Income Country which currently reports being above the WHO recommended nursing threshold, with 31,000 nurses per 10,000 reported in 2018. In 2017 Nepal reported just 17,000 nurses per thousand. Year on year data may not be entirely reliable. IMF advice to the Nepalese government to cut the public sector wage bill expanded across multiple years, including years in which the country reported being significantly under the recommended nursing threshold.

[1] Source: Review of IMF country documents as contained within Who Cares Action Aid Report. All wage bill figures in % of GDP; change in percentage point shift anticipated from the 2019 data.