South Africa's National Women's Day 2019 takes place alongside the 65th anniversary of the Founding Conference of the Federation of South African Women (FEDSAW), which established the 1954 Women’s Charter and organised an iconic women's march for equality and justice in 1956.

On the 9th of August 1956, 20,000 women marched to the Union Buildings in Pretoria, South Africa to protest the proposed amendments to the Urban Areas Act that would see women carrying apartheid-era style passbooks known as the ‘dompas’.

The march was organised by FEDSAW, whose membership of over 230,000 women nationally included several women from the trade union movement.

On the 1st of August 2018, women from various organisations marched in a protest action dubbed the #TotalShutdown Campaign.

A continuation of women’s struggle for freedom and justice, this march’s purpose was to protest and draw attention to the unacceptably high rate of Gender-Based Violence (GBV) in South Africa. According to Statistics South Africa (Stats SA), 50,108 sexual offences were recorded in that year alone. To put things into perspective, studies indicate that 40% of all South African women will be raped in their lifetime. A large number of these cases go unreported, and of those that are, only 14% of the perpetrators are convicted. Daily, three women are killed by their intimate partners. Depressing figures and an indictment of the conscience and moral compass of the nation. Many of these issues happen to women as they go about their daily work routines.

The 2018 march was followed by the National Gender Summit which was hosted by the President of South Africa, Cyril Ramaphosa, on the 1st and 2nd of November 2018. At the end of this Summit, the President’s office issued a Declaration Against GBV and Femicide which contained 17 resolutions. These resolutions, amongst other things, sought to establish an Interim Structure (a Council) which would champion women’s issues and promote women-centered development, as well as fast-track the review of laws that deal with Gender-Based Violence and Femicide. Very crucial resolutions.

the small percentage of perpetrators convicted

The Presidential summit coincided with our meeting as Public Services International; which we convened to discuss and make inputs towards the Brown Report on a proposed ILO Convention Against Violence in the World of Work. The 2019 ILC voted in favour of the adoption of this Convention. Civil Society and labour organisations should, therefore, immediately start lobby work to make sure that the South African Government ratifies this new Convention.

As we celebrate Women’s Day 2019, it is important to take stock of how much progress has been made towards the implementation of key resolutions. Such progress will also be a measure of the commitment that the South African society has towards addressing women’s issues. Such commitment should reflect in concrete steps beyond conferences and empty declarations. It would be a missed opportunity if the resolutions of such a watershed summit were to be allowed to drop through our fingers. The time of Action is Now! 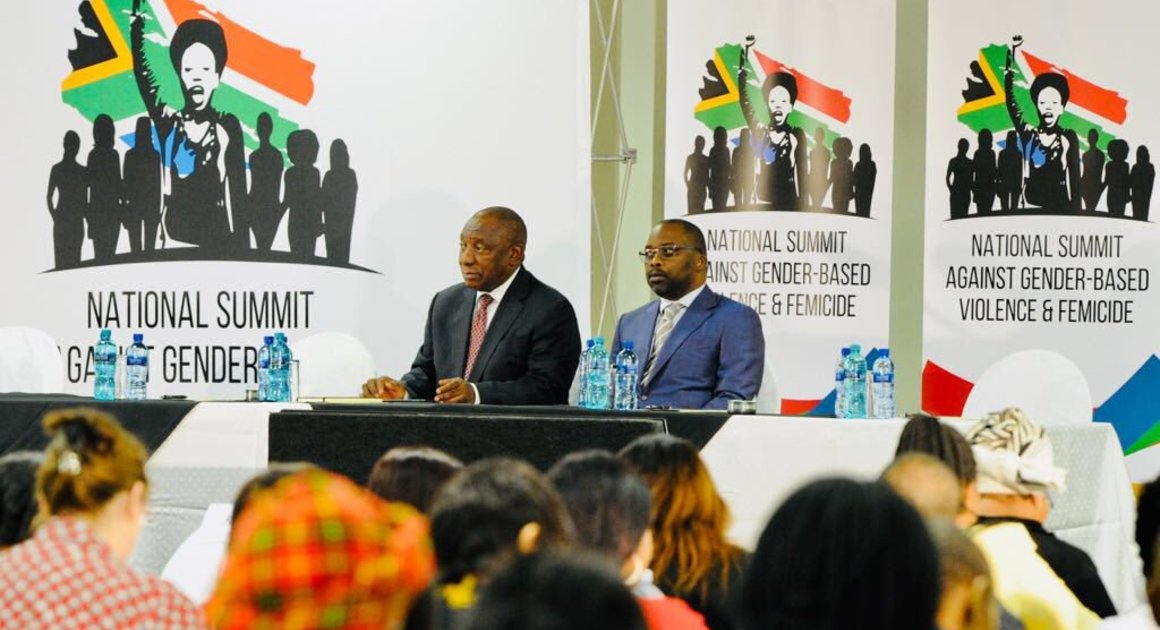 It requires that we address societal issues of patriarchy, economic relations and changing the way of thinking about gender relations. Patriarchy means that men feel entitled to exert economic and other forms of power over women.

Today we pay homage to all women - past and present – who have and continue to struggle for a better society. We recognise that there are hundreds of women who have quietly dedicated their lives to support, uplift and struggle within their communities. We recognise the difficult burden of unpaid care work that women and girls have been doing for centuries.

Millions of women in South Africa live in abject poverty. Policy must be developed and implemented in a manner that understands the needs of women. Access to transport, basic services such as clean water and sanitation, access to healthcare and education must be implemented in a way that facilitates women and girls’ ability to derive maximum benefit. We call upon the South African government to continue to implement gender-responsive public services.