In today’s world, while women fight for survival in their daily lives, they are also engaged in collective struggles that build their power to fight for gender justice, tax justice, and economic justice. From 15 to 26 March, the Global Alliance for Tax Justice will hold the 5th Global Days of Action on Tax Justice for Women's Rights.

On International Women’s Day, while the United Nations picked #ChooseToChallenge to reflect this year’s theme, the Global Alliance for Tax Justice underscores that women have never stopped challenging and resisting injustices -- this day itself is a victory won by fights waged by women in the past.

In today’s world, while women fight for survival in their daily lives, they are also engaged in collective struggles that build their power to fight for gender justice, tax justice, and economic justice. As we celebrate the International Women’s Day – the day that women call their own – we call for collective actions to advance both tax justice and gender justice agendas. From 15 to 26 March, together with our regional networks and the members of our Tax and Gender Working Group, the Global Alliance for Tax Justice will hold the 5th Global Days of Action on Tax Justice for Women's Rights.

From 15 to 26 March, join us all around the world to call on multilateral organisations and national governments to #MakeTaxesWorkForWomen!

We, tax justice and gender justice advocates and activists, across the world – in solidarity and in a united voice – continue to push for concerted actions to shift the narrative on tax justice for women’s rights. We reiterate our commitment to advance solutions and address the denial of women’s human rights as regressive tax systems increase the impoverishment and marginalisation of women in the global economy, especially in the responses to the COVID-19-triggered crisis.

Throughout the past decades, our world leaders assumed many international commitments to women: The 2030 Agenda for Sustainable Development Goals (SDGs), the Addis Ababa Agenda for Action (AAAA), the International Covenant on Economic, Social, and Cultural Rights (ICESCR), the Universal Declaration of Human Rights (UDHR), the Convention on the Elimination of all Forms of Discrimination Against Women (CEDAW) and the Beijing Declaration and Platform for Action (1995). We recall their obligations to take the necessary measures to realise gender equality and the empowerment of women and girls at all levels – which will only be possible through tax justice.

We demand the full and explicit reference to these commitments to national and international obligations to raise the public revenues necessary to realise these goals, through progressive tax laws that recognise and promote women’s rights. Moreover, we call them to spend such revenues in ways that eliminate long standing structural inequalities between women and men, through the provision of universal access to public education, health, care, water, sanitation, transportation, social protection, and between the politically disenfranchised and power holders, and among countries at different levels of development and economic sustainability.

We urge women across the world to take up creative ways to get their voices heard – online, in public spaces (where allowed), or in national, regional and global advocacy spaces. This global campaign is about building solidarity not only among women, but also among different sectors across the world to effectively advance our shared message that urgent action for tax justice and gender justice is needed NOW. The campaign aims at facilitating the converge of the global tax justice and the women ́s rights movements and organisations in raising the call to urgently make taxes work for women in the realisation of gender equality and empowerment of women and girls.

Therefore, we demand multilateral institutions and national governments to:

2.Reduce unfair tax burdens on women and adopt progressive, redistributive and gender equal taxation – including new forms of taxation of capital and wealth - combined with less reliance on consumption taxes.

3. Remove gender bias and discrimination in tax policies to ensure that tax revenues are raised and spent in ways that promote gender equality.

5. Establish an inclusive intergovernmental UN Global Tax body, to ensure equal taxing rights of nation states and stop all forms of tax abuse by multinational corporations and the wealthiest.

Women workers are the driving force behind our public services and the fight for equality. Their work needs to be recognized and valued equally, and discrimination, abuse and violence in the workplace must be brought to an end. 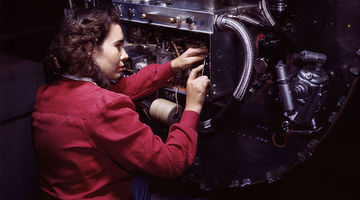