More than 30 years have passed since that unprecedented March 8th when the Argentine feminist movement first stood up with a sign that said "No to motherhood, yes to pleasure". It was the first march for International Women's Day after Argentina's return to democracy, and the first time that women had openly demanded the right to decide about their bodies and life projects. 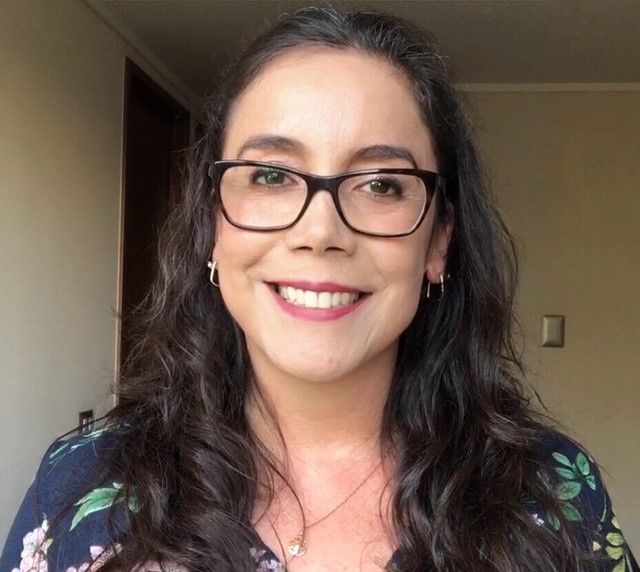 The struggle - at first almost invisible - began in 2005 at a Women's Meeting, which founded the national campaign for the right to legal, safe and free abortion, and brought together more than 500 groups throughout Argentina. The raised green scarf, a symbol of the struggle for the legalisation of abortion, extended to the whole region - intensifying after the outbreak of the Ni Una Menos movement against male violence, On December 30, Trans-Andean women succeeded in getting the law passed to terminate a pregnancy safely, becoming the fourth nation in Latin America to legalize voluntary termination of pregnancy, after Uruguay, Cuba and French Guiana, as well as some Mexican states such as Mexico City and Oaxaca.

Women of all ages, our historic leaders - some over 90 years old - adolescents and girls participated massively in the marches, demanding to be equal and free, calling for a public reproductive health that provides for all but especially to the most unprotected and poor.

It was not an easy debate in the Senate. The bill had been previously rejected in 2018 despite the mobilization in the streets led by young women and their green scarves. President Alberto Fernández's campaign promise was fulfilled when he presented the bill to Congress, and after 10 hours of strenuous debate and intense demonstrations outside the chamber by thousands of women from the feminist, trade union and social movement demanding legalisation, it was passed with 38 votes in favour, 29 against and one abstention.

"Women of all ages, our historic leaders - some over 90 years old - adolescents and girls participated massively in the marches, demanding to be equal and free, calling for a public reproductive health that provides for all but especially to the most unprotected and poor. We women workers were there; thousands of us, from all the trade union centres, together and united and always for women's rights," says María Isabel Berón, a member of WOC for the Southern Cone.

"Abortion is no longer a crime. Abortion is state policy. Abortion is a priority public health issue. Abortion makes girls and women freer, more equal, more protected, it gives them back the power over their bodies to which they are entitled. Abortion is law," were some of the arguments put forward during the long day that kept the world's feminists on tenterhooks for almost 24 hours, and which María Isabel attributes to the struggle of Argentine women: legislators, ministers and trade unionists.

What does the law say?

The initiative guarantees that women and other people with gender identities who are capable of carrying a pregnancy have access to the option of abortion without any reason and with full, free coverage in the public and private health system.

The law establishes that if a woman requests to interrupt her pregnancy within the established period - 14 weeks of gestation - the medical centre has 10 days to carry out the procedure. In addition, the medical staff must guarantee the dignified treatment of the patient, privacy, and informed consent, among other rights of the patients.

The law also allows for individual conscientious objection, meaning that if a health professional does not wish to perform the abortion, they are obliged to tell the patient and refer her to a specialist who will perform the requested procedure. However, the doctor cannot refuse to perform the procedure if there is a risk to the health of the pregnant woman.

If the medical establishment does not have professionals to perform this procedure, the patient will be referred to another health centre. After 14 weeks of gestation, abortion is considered a crime, except for the causes of rape and risk to the life of the pregnant woman.

Patients who request the voluntary interruption of their pregnancy and who are over 16 years of age must sign an affidavit and in the case of minors, they must attend the medical centre together with their "legal representatives".

Abortion in Latin America and the Caribbean

In parallel to the parliamentary discussion in Argentina for the legalisation of abortion, feminist organisations in Latin America have been raising the demand for free, safe and unpaid abortion, which allows women to decide about their bodies and free themselves from the space of compulsory maternity to which they have been confined by the state.

According to the study "An analytical look at the legislation on termination of pregnancy in countries in Latin America and the Caribbean", published in 2011 by the Economic Commission for Latin America and the Caribbean (ECLAC), 97 percent of the countries in the world allow for the termination of pregnancy if the mother's life is at risk, and only 3 percent keep it totally penalised.

One of the main concerns of international organisations is the high rate of maternal mortality in the region, where more than five thousand women die each year as a result of complications from illegal abortions carried out under clandestine conditions.

Despite the fact that the majority of Latin American countries have legislation that allows for the termination of pregnancy on at least one ground, the reality in terms of access to public health services that guarantee safe abortion continues to be questioned as there is almost no

This is despite the ratification by many countries in the region of the United Nations Convention on the Elimination of All Forms of Discrimination against Women (CEDAW), which requires States to prepare regular reports on the conditions of women in various aspects and monitors the progress made by countries in the area of discrimination and gender-based violence, where the decriminalisation of abortion is considered as part of the protection of women's human rights and a public health issue.

Uruguay - before 30 December - was the only South American country to offer free abortion up to 12 weeks of pregnancy and, according to the government's own figures, has one of the lowest abortion rates in the world: nine abortions per thousand women.

In Brazil, the Federal Supreme Court ruled in April 2012 to decriminalise abortion in the case of foetuses with brain malformations and to stop punishing doctors who perform them. In 2017, Chile recently approved the decriminalisation of abortion on three grounds: when the life of the mother is in danger, when the pregnancy is the result of rape, or when the foetus suffers from malformations incompatible with life outside the womb.

At the other extreme, where abortion is not permitted under any circumstances, are El Salvador, Honduras, Nicaragua, the Dominican Republic and Haiti. Other countries that are on the verge of total restriction are Venezuela, Surinam, Paraguay, Costa Rica and Peru, since they only allow it under the assumption of threat to the life of the mother or the physical health of the woman. Of course, in Peru there have been attempts to legalize abortion, but these have not been successful and since 2016 the legalization of abortion is not included in the country's political agenda.

The crucial factor in these assumptions is that other people and institutions must certify that the conditions are met for the woman to have an abortion, such as doctors, judges, psychologists, or a waiting time requirement.

In El Salvador, the situation is extreme, as the law establishes penalties of between two and eight years in prison for anyone who provokes, consents to or performs a termination of pregnancy. However, there have been cases in which the sentence has been 40 years, as it was considered a homicide. In the Dominican Republic, in August of this year the Chamber of Deputies decided that the matter should be left out of the Criminal Code and that it should be debated as a separate law later on, and sent a bill to a special commission that seeks to decriminalise abortion on three grounds: risk to the life of the woman, unviability of the foetus, or when it is the result of rape or incest.

But in the middle of these countries is the rest of the region, which adds a series of exceptions to the criminalisation and prohibition of abortion.

Bolivia and Colombia have the most exceptions to allow abortion among the countries that do not freely allow it: if the viability of the foetus is not assured, in cases of rape, incest, or if there is a threat to the life, physical or mental health of the woman. In Colombia, for example, at the beginning of this year, the Constitutional Court declared itself inhibited and desisted from studying a paper to decriminalise abortion before 16 weeks of gestation, which maintained the grounds applied since 2006.