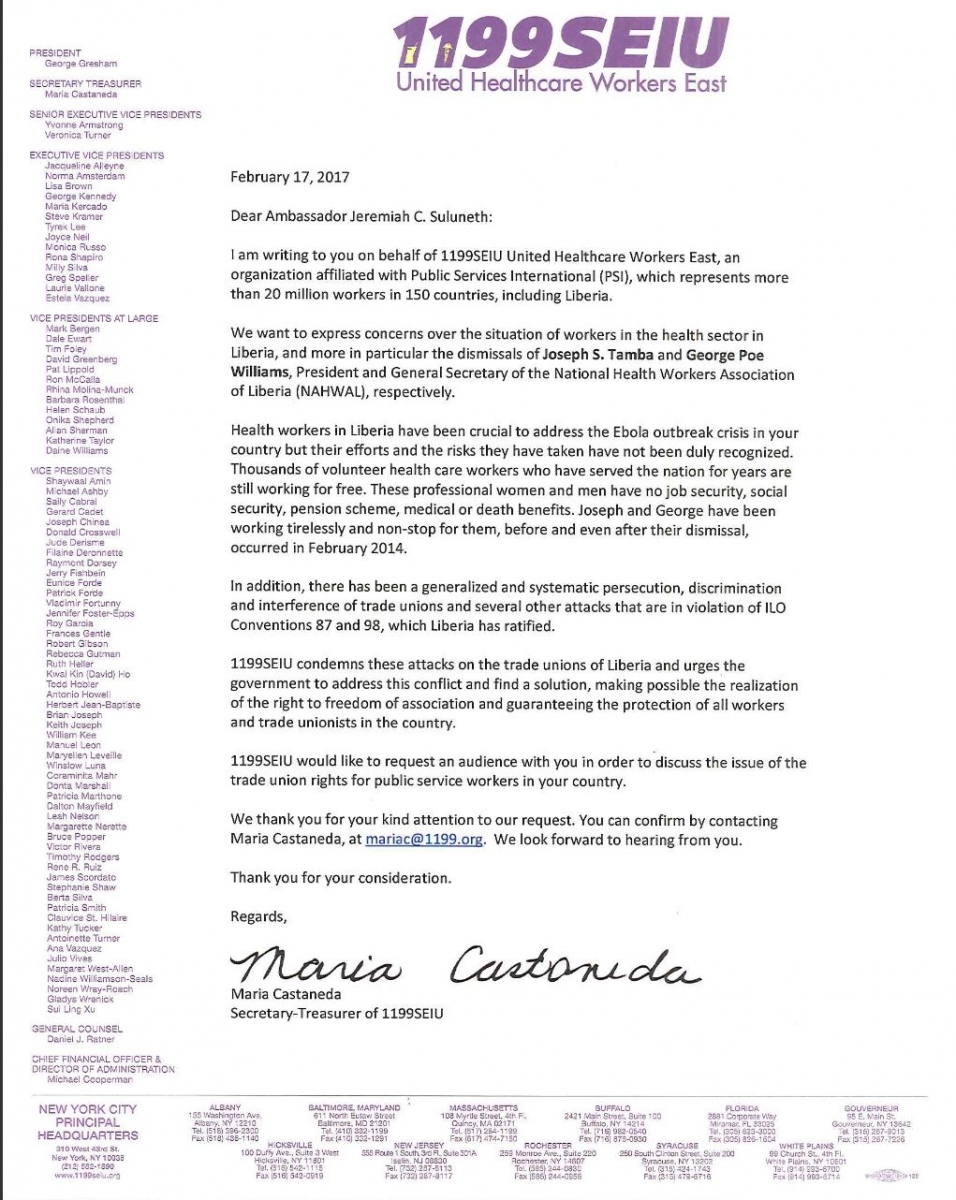 It’s been 3 years since Joseph and George were dismissed following a nationwide strike against poor working conditions that caused hundreds of deaths amongst health workers fighting against Ebola.

On February 18, 2014, 22 union leaders across the country were fired without any hearing by the Health Minister of Liberia. Following an intervention by nearly all stakeholders, 20 were reinstated, except for Joseph and George, from the the National Health Workers' Association of Liberia (NAHWAL).

PSI has repeatedly requested the reinstatement of Joseph and George and that Liberia amends its legislation in line with ILO Conventions 87 and 98. On 24 March 2016, PSI filed a complaint with the Committee on Freedom of Association of the ILO to denounce the violation of trade union rights in Liberia. Other trade unions have joined the complaint, including ITUC Africa, UNISON, and SEIU.