On the International Day of People with Disabilities, PSI affiliate the Montserrat Civil Service Association (MCSA) is calling for the application of the Convention on the Rights of Persons with Disabilities to be extended to Montserrat and to those who have been denied their human rights. 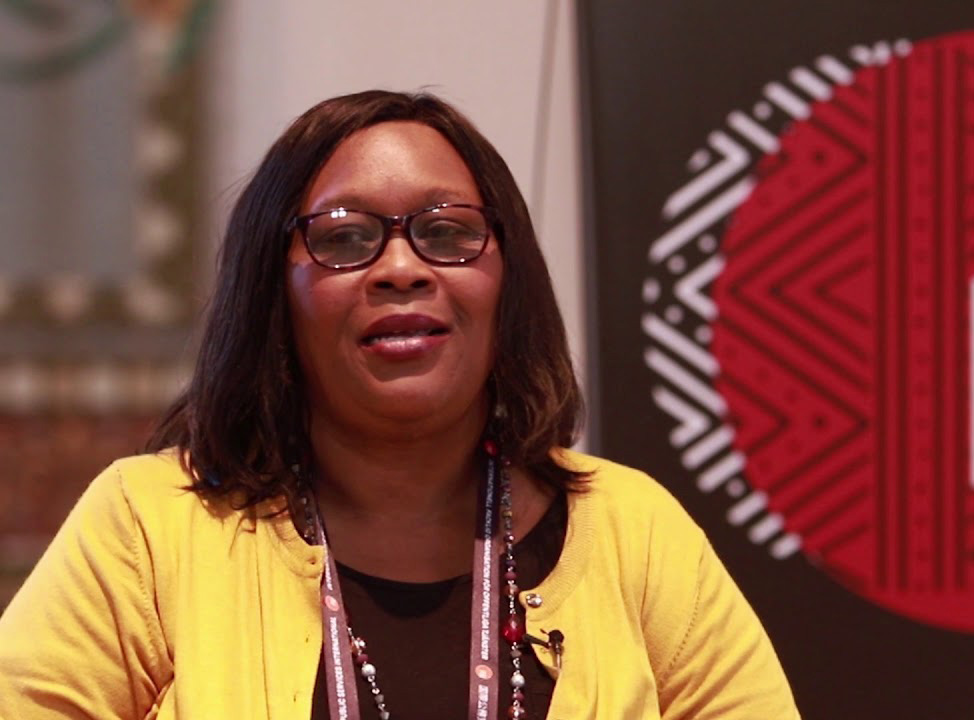 PSI affiliate the Montserrat Civil Service Association (MCSA) is calling for the application of the Convention on the Rights of Persons with Disabilities to be extended to Montserrat and to those who have been denied their human rights on this December 3, when the world observes the International Day of People with Disabilities celebrated this year under the theme “Leadership and participation of persons with disabilities toward an inclusive, accessible and sustainable post-COVID-19 world.”

In Montserrat, a British Overseas Territory in the Caribbean, the most recent census shows that there are 243 persons with disabilities. The UK has ratified the UN Convention on the Rights of Persons with Disabilities (CRPD). The Convention represents a global commitment to ensure that persons with disabilities can live as full members of society, free from discrimination, and not be left behind in education or employment. But the CRPD has not been extended to Montserrat and other overseas territories. Two former workers in the Government of Montserrat are suffering because of that exclusion.

“Due to my impairment as a government employee with the Government of Montserrat, I was sent to Antigua and was assessed by an ophthalmologist. Although he approved my continued employment and an appropriate job was identified which was vacant at the time, I was denied and medically boarded in November 2020 although I still wanted to work.” This is the reality facing Jester “Iceman” Weekes who now has to survive on a pension of USD229.00 per month. He is 47 years old with a family.

The UN sees disability as a human rights issue, but the UK’s White Paper, which sets out the relationship between the OTs and the UK, does not.

Another former government employee, Kranston John says, “I got damaged while employed with the Government of Montserrat, moving from a work site back to office headquarters. I was medically boarded in November 2020 without given the opportunity to be heard, or having a Union representative even though I indicated that I still wanted to work.”

During a recent PSI-DGB webinar on international human rights instruments, participants learnt more about the situation facing the two former workers. Nyota Mulcare, president of the MCSA stated, “Just because someone has a disability, that doesn’t mean that they cannot work; they have a right to be included in the world of work.” In collaboration with the Montserrat Association of Persons with Disabilities, the MCSA is working to end the discrimination meted out to persons with disabilities.

Now is the time to take action

The attitude of the UK government to the overseas territories is baffling.

The Foreign, Commonwealth and Development Office’s (FCDO) annual Human Rights and Democracy report states that “without including people with disabilities in our work, the international community will not eradicate poverty, deliver the Sustainable Development Goals (SDGs), or implement the UN Convention on the Rights of Persons with Disabilities (UN CRPD)”. But this is not mentioned in its section on the overseas territories. In the Cayman Islands, where disability legislation was passed in 2016 the country makes discrimination against persons with disabilities illegal.

The UK has funded a project to promote employment opportunities in Turkmenistan and supports North Korea to comply with the Convention. Why not in its overseas territories?

The UK government has funded “a United Nations Development Programme project to promote employment opportunities for people with disabilities” in Turkmenistan and supports North Korea to comply with the Convention. Why not in its overseas territories? The UN sees disability as a human rights issue, but the UK’s White Paper, which sets out the relationship between the overseas territories and the UK, does not.

Another troubling issue is the fact that Montserrat has a current programme of infrastructure development but has no disability framework to guide it. What this means in practice is that some new buildings have high standards of accessibility, and some do not. Some new strategies have a strong focus on disability, while others do not even mention it. A recent social impact assessment by the Caribbean Development Bank (CDB) also highlighted the lack of legal protection in employment and other areas. And while the British Government does not require aid-dependent territories to comply with the CRPD, other aid donors, like the European Union and the CDB, do. This is why the CDB raised the issue of disability discrimination in Montserrat; while the EU stated that its aid must be spent in compliance with the requirements of the Convention.

If the UK agrees that disability issues are critical and central to post-COVID recovery efforts, now is the time to urgently address discriminatory laws and policies, lack of accessibility in physical and virtual environments, negative attitudes, stigma and discrimination.

Jamaican Senator Floyd Morris PhD is the Caribbean Community’s (CARICOM) Special Rapporteur on Disability. In his 2021 message he is adamant that the Caribbean cannot claim development status with “a whopping 15 per cent of its population living on the margins of society”.

“We are calling for the solidarity, the support of PSI affiliates especially those in the UK.”

The Special Rapporteur is calling for specific legislation throughout the Caribbean to protect the rights and dignity of persons with disabilities. Working in solidarity with the MCSA, PSI’s affiliates across the Caribbean will work with members of the community of persons with disabilities, other allies and the Special Rapporteur to make the necessary changes.

Raising voices in a call to action

Jester “Iceman” Weekes is a former calypso monarch in Montserrat. In a calypso for the 2021 Montserrat Festival he tells all of his plight and demands action.

“I have a right to work

And I can work

With pride and dignity

Including arts and culture

And in the military.


I still have dreams and aspirations

To fund my children’s education

Please allow me to me to live on

So please don’t shut me down.”

“The Government of Montserrat needs to create policies that are in line with Article 23 (1) of the Human Rights Declaration and not allow its disabled citizens to be left to deteriorate.” Nyota Mulcare adds, “Kranston and Iceman do not deserve this treatment, no one does. The CSA will do all it can to make things right. We are calling for the solidarity, the support of PSI affiliates especially those in the UK. It is a hard battle we know, but we also know that working together we can have the kind of changes that we need.”