The Government of Chile and PSI affiliate ANEF, with the technical support of the ILO, have carried out a gender-neutral job evaluation study in Chile that is being published in Spanish on the occasion of International Women’s Day. The key findings were presented during the 4th Global Forum: Business for Gender Equality - The Future of Work in the 2030 Agenda that was held on 27-28 February in Santiago de Chile. 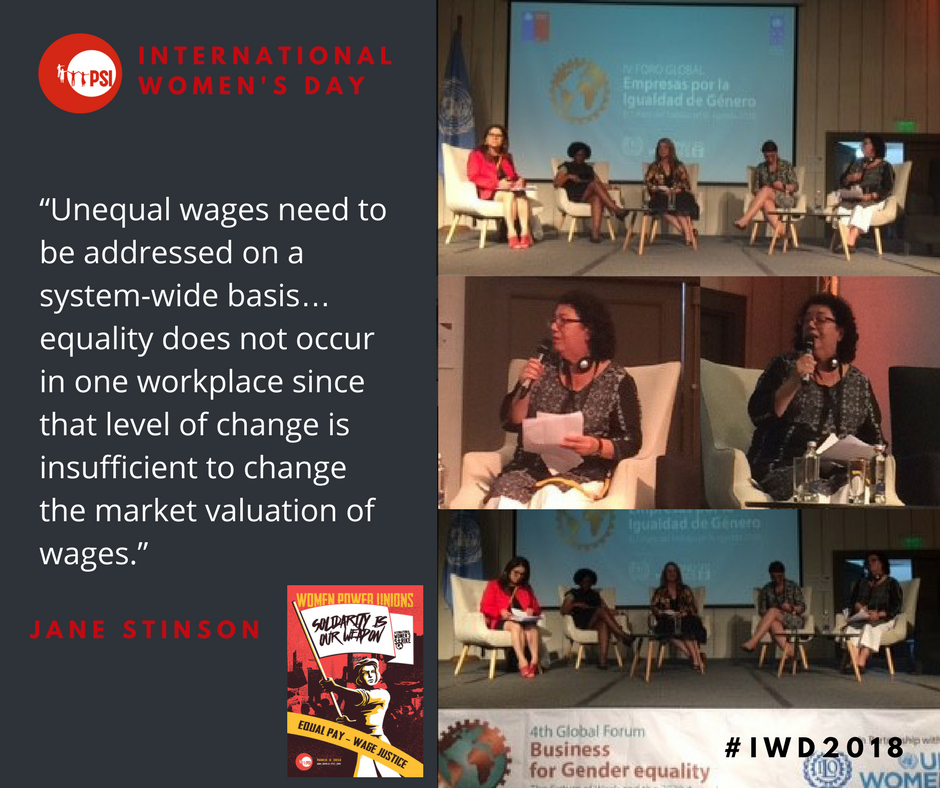 Rifo said, "the struggle for equal pay between men and women for work of equal value is a task that the national and international trade union movement has been developing for some time". Today the struggle will be further emphasized in the context of the creation of the Equal Pay International Coalition (EPIC).

EPIC was launched last September with high-level commitment from the UN system, OECD and governments, employers and workers. ANEF, PSI’s affiliate from Chile, was invited to be part of this coalition.