Europe has betrayed Africa by blocking proposals that would allow manufacturers on the continent to make their own COVID-19 vaccines while hoarding millions of doses which are set to expire at the end of the month, warns the People’s Vaccine Alliance ahead of tomorrow’s meeting of African and European leaders at the African Union (AU)-European Union (EU) Summit. Public Services International is a member of the People's Vaccine Alliance.

According to new analysis from the Alliance, the EU will have to throw away 55 million doses of COVID vaccines by the end of February, many more than the 30 million doses they have donated to Africa so far in 2022.

Despite the rhetoric of a special relationship with Africa, the EU – which is now the world’s biggest exporter of vaccines – has prioritised selling vaccines made on EU soil for eye- watering prices to rich nations and just eight per cent of its vaccine exports have gone to the African continent. The figures for Germany are even worse; just one per cent of vaccine exports from BioNTech, the German pharmaceutical company behind the Pfizer vaccine, have gone to Africa.

At the same time, EU member states, led by Germany, have been a major blocker of proposals tabled by South Africa and India and supported by the African Union and over 100 countries for an intellectual property waiver that would allow the generic production of COVID vaccines, tests and treatments. Leaked drafts of the summit declaration show a divide between the EU and the AU, with the AU insisting language on the waiver is included. Last summer, French President Emmanuel Macron - who is hosting the AU-EU summit - announced his support for the waiver but has done little since to challenge the EU’s stance on the issue.

It is estimated that a quarter of a million people have died as a result of COVID-19 in Africa since the beginning of the year, almost 7,000 people a day. Due to very low vaccine supplies, just 11 per cent of people on the continent have received their first two COVID vaccines to date. The number of people who have had a booster jab in the EU outnumber those in Africa who have had two doses by more than a third.

The People’s Vaccine Alliance, a group of nearly 100 organisations including African Alliance, Christian Aid, Oxfam, Public Services International and UNAIDS, says the EU should be held to account for the lack of vaccines in Africa, because it has stood so firmly in the way of the continent being able to produce its own doses.

deaths since the beginning of 2022

deaths per day due to COVID-19

of the population are fully vaccinated

Sani Baba Mohammed, Public Services International Regional Secretary for Africa and Arab Countries, said: "The EU claims they are promoting a ‘prosperous partnership of equals’ with the African Union - yet they are throwing more vaccine doses in the trash than they are donating to us, while continuing to block a waiver on vaccine patents which would enable us to produce our own vaccines. What's equal about that?

“This vaccine apartheid - perpetuated by the EU - has a brutal human cost. Our livelihoods continue to be destroyed, our economies shattered, our health workers pushed beyond the brink.

“It is encouraging that the African Union is standing up to the EU and asking for a reference to the TRIPS waiver to be included in the Summit's outcome document. We need the TRIPS waiver now and the EU must stop standing in the way.”

Joab Okanda, Pan Africa Senior Advocacy Advisor for Christian Aid, said: “European Commission President, Ursula von der Leyen, said at the beginning of the pandemic that the vaccine should be a global public good. Yet instead, she has ensured it is a private profit opportunity, raking in billions for Big Pharma and the EU, while almost 9 out of 10 people in Africa aren’t fully vaccinated, two years into this deadly pandemic. This is shameful.”

The EU has made much of plans to support the set-up of vaccine factories in Africa under the monopoly control of European pharmaceutical corporations – but this still wouldn’t give countries autonomy on vaccine supplies produced. BioNTech recently announced plans to produce 50 million vaccines in Africa once fully operational, however, this is less than their factory in Germany produces each month.

Anna Marriott, Health Policy Manager at Oxfam, said: “Europe must stop blocking African producers from making their own doses of COVID vaccines. If there truly is a common agenda between the Unions, then the EU would stop putting the interests of pharmaceutical companies, who have reaped billions from the pandemic, ahead of African lives.

“These vaccines were publicly funded, and the recipes should be shared with the world to allow all qualified producers to make these vital shots.”

The EU have contributed €3 billion in funding to COVAX, the initiative designed to help developing countries to access vaccine doses, but the scheme has now run out of funds after failing to reach its target of vaccinating 20 per cent of people in poorer countries by the end of 2021. Meanwhile, Germany alone has received back €3.2 billion in tax revenue from BioNTech.

The Covid-19 waiver is supported by the World Health Organization, UN Human Rights Experts, UNITAID and UNAIDS. See PSI's statement on these proposals below. 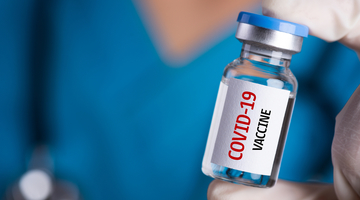