The shocking decision by the Ghanaian government to sell off future royalties on the country’s gold supply to private investors at bargain-basement prices has provoked strong condemnation from around the world. 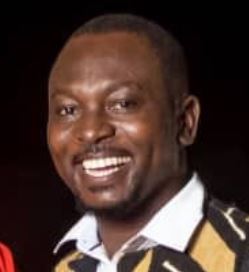 The deal, currently under investigation for corruption, would see the Government receive up to $1 billion from investors in exchange for signing away over three quarters of its future gold royalties to Agyapa a private company. Forever.

Although the Ghanaian government would maintain a 51% share of Agyapa, other owners would be notoriously hard to identify – or hold accountable. Shockingly, the revenue from Agyapa would flow via a holding company in Jersey– a notorious offshore tax haven, currently ranked 16th in the world for financial secrecy.

This structure could help facilitate Illicit Financial Flows, corruption and the avoidance and evasion of taxes needed to fund public services.

Daniel Oberko, a Tax Justice Organiser for PSI based in Ghana, said:

"This is the new height of privatization and tax avoidance perpetrated by a government but to the benefit of private interests, to swindle away our national via a notorious tax haven."

The deal would substantially limit future Ghanaian governments from raising the tax and royalty income needed to make public investments in the long term. Furthermore, it would be virtually impossible for the government to back out of the deal. The jurisdiction for any resulting litigation would be courts in the City of London, which are notorious for backing the interests of global capital ahead of sovereign governments.

“This is a deal in the interests of investors; not workers or citizens."

Some estimates put the total projected income from these royalties for 2020 at around $300 million, suggesting that although the deal may give the government short-term liquidity, it is of terrible value in the long run. IMANI Africa, a Think Tank based in Accra says the arrangement undervalues Ghana’s gold resources by over 65% and describes the deal as “unconscionable.”

Public Services International backs our affiliated unions in calling on the government to cancel the deal immediately.

Better revenue solutions are possible for the government such as:

Individuals can sign a petition to the government here.