The PSI Health and Social Services Task Force met on 11 May on a virtual platform, with 150 representatives from PSI health affiliates joining from all PSI regions. 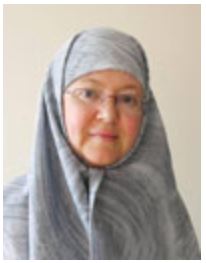 The meeting was held to forge collective action on the COVID19 pandemic and strategize on how health workers demands could define the aftermath of the emergency.

Healthcare staff the world over have been overwhelmed with the number of COVID19 patients requiring intensive care. The capacities of public health systems to prepare for such a great emergency has been by years of chronic underfunding and understaffing, resulting in huge burdens on healthcare workers on the frontline of the COVID19 response. The number of confirmed cases in the world is close to 5 million, but most commentators agree that the actual figure is doubtless much higher. Over 300,000 people have already died of COVID19. There are few reports of the number of healthcare workers affected, one figure of 40,000 cases grossly underrepresents the probable figure.

PSI Health and Social Services Officer, Baba Aye, presented the PSI concept note “Public Health, Once and for All!” which provides an overview of the evolving PSI Covid19 response campaign.

Healthcare staff in hospitals all over the world reported similar experiences regarding lack of PPE, conflicting instructions on the use of PPE, burnout, exhaustion, and abuse from some members of the public.

Australia has had to bring in new legislation to protect nurses from abuse including spitting, while in India, one registered nurse must deal with up to 60 patients. Everywhere, hospital staff are overworked and governments’ reaction to the pandemic has, with a few exceptions, been delayed and inadequate. Trade unions have put governments to task, highlighting their errors and shortcomings.

As Carolina Espinoza from CONFUSAM in Chile, said, governments present the false choice of protecting life or the economy, while we need an economy which puts lives and not just profit first.

In France, trade unions representing healthcare workers have been fighting for decent pay and working conditions, for years. It is only now that their work has taken centre stage due to the pandemic that the government has started to recognise their demands.

Black and minority ethnic people are more likely to die of COVID19. One in eight nurses in receiving countries are migrants and many of those who have been affected or died are migrant workers and mostly women.

Nawfel Ghozlane, Fédération génerale de la Santé, Tunisia, said that in his country, there had been 1032 cases and 47 deaths. Healthcare workers represent 143 cases, mostly due to the lack of PPE. Unions are putting a lot of pressure on the health ministry to correct the situation. They are able to obtain PPE from local manufacturers and hospitals have strict disinfection rules to better protect staff.

Soon-ja Na, President of Korean Health Workers Union, said that even though Korea is considered a benchmark case, there are still problems and shortcomings in the healthcare system, so the union has urged the government to improve and strengthen the public health system.

Marcelo Netto, PSI Head of Communications, presented the results of the PSI survey.

The USA has the greatest number of cases of COVID19 in the world. Ken Zinn, National Nurses United, said that out of the 80,000 affected, 20% are healthcare workers. He criticised the American Centre for Disease Control (CDC) guidance that is based on inventory, not science. The government continues to downgrade guidance and say surgical masks offer sufficient protection, instead of respirators. In some cases, in the absence of sufficient PPE, health care workers have been told to wear bandanas and scarves instead of face masks.

Christiane Wiskow, senior health services specialist at the International Labour Organization, presented the ILO’s response on the pandemic and provided a list of resources on COVID19. The ILO is working closely with the World Health Organization on the issue. WHO was represented at the meeting by Catherine Kane, WHO Health Workforce, who said the level of violence against workers had increased during the pandemic. WHO has called for governments to apply zero tolerance to violence and calls for social support and respect for healthcare workers. Catherine also talked about the mental health risk and also fatigue and psychological distress that are affecting healthcare workers.

Kate Lappin, PSI regional secretary for Asia and the Pacific, presented the PSI manifesto No Going Back! for International Nurses Day on 12 May, which already has nearly 700 signatories. The manifesto asks governments to recognise the following fundamental principles:

Before closing the meeting, Rosa Pavanelli presented PSI’s policy and perspectives document. She said the crisis has shown the weakness of the global value chain and some essential goods necessary to face emergencies should be manufactured locally to avoid this kind of crisis. There is a broader issue of macroeconomics which must be part of PSI’s work in the future with international financial institutions and the EU and national governments. We need to address the role of governments and public investment in the public health sector and addressing sustainable industrial policies which will benefit our environment and our community.