The group shared concerns on the threats to people’s lives and livelihoods posed by the Regional Comprehensive Economic Partnership (RCEP). The RCEP is a mega FTA that 16 Asia-Pacific countries are aiming to finalise by 2017. The 16 RCEP countries are the 10 ASEAN member states plus Australia, China, India, Japan, New Zealand and South Korea.

Organizations from 18 countries came together to understand the implications of RCEP, as well as strategize for solidarity and coordinated actions across the region. “It is inspiring to be among fellow activists working across issues, sectors and movements in the spirit of collaboration and solidarity. We are laying the ground for coordinated actions, campaigns and advocacy to protect peoples’ rights in the region”, said Mohd Nizam Mahshar, Chairperson of BANTAH, a coalition of 60 Malaysian NGOs actively campaigning against the Trans Pacific Partnership (TPP). 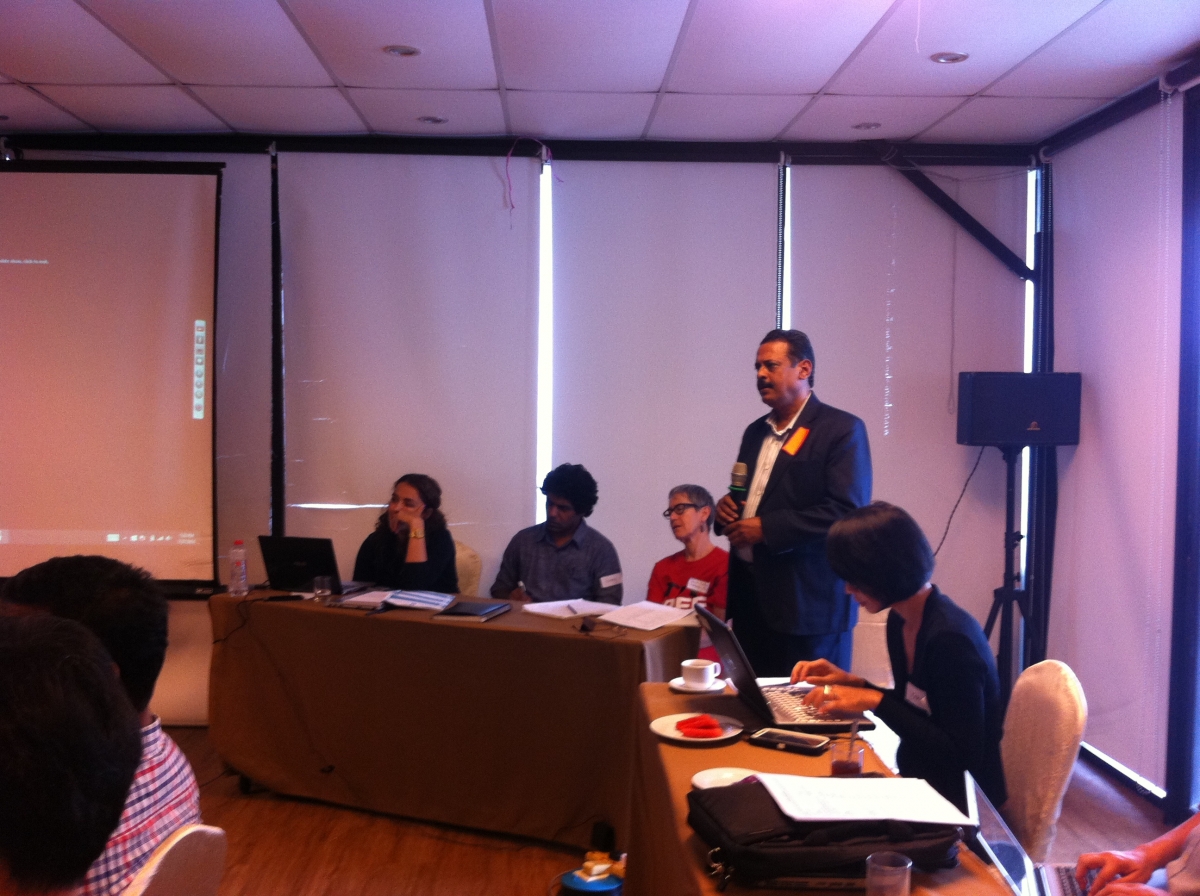 The currently negotiated RCEP will impact 3.5 billion people including people in least developed countries, and yet negotiations have remained behind closed doors. “While corporate lobbies are invited to advise government officials, ordinary citizens who will live with the consequences have no say whatsoever”, said Jane Kelsey, Professor of Law at the University of Auckland, New Zealand.

“ASEAN is pushing the corporate agenda through RCEP. Countries part of TPP are using RCEP to push US-designed ‘WTO-plus’ provisions onto the remaining RCEP members which will only perpetuate inequalities”, said Joan Salvador, from GABRIELA, a national alliance of women in the Philippines and a member of South East Women’s Caucus on ASEAN. Australia, Brunei, Japan, Malaysia, New Zealand, Singapore and Vietnam are part of both RCEP and the TPP.

“The world is currently at a critical juncture with the crises of neo-liberal capitalism, rising and deepening inequalities of wealth and resources between and within countries, catastrophic climate change and conflict and humanitarian crises. We need an alternative, not more of the same old policies that have failed to create decent jobs and well-being for workers”, said Apolinar Tolentino, Building and Wood Workers International (BWI) Regional Representative for Asia Pacific.

“Farming communities across the region are facing a crisis, which is aggravated by every new trade agreement that is implemented. We cannot afford the brunt of another FTA, especially if it is as far reaching and comprehensive as RCEP”, said Chinnagounder Nallagounda, from the international peasants movement La Via Campesina.

Further PSI affiliates committed to bring the discussion on RCEP to the APRECON with an aim to promote the development of alliances and coalition to challenge RCEP, as well as committed to monitor developments at the country level and pursue campaigns against RCEP in the region.