After a series of care home scandals in the UK, Canada, Scotland and Australia the latest scandal at the French provider, Orpea, highlights how workers and patients suffer from the privatisation and commercialisation of care.

This unfolding story reinforces PSIs longstanding claim that privatised care is incompatible with The Human Right to Care.

Orpea, the largest care home provider in the world, has 65,000 employees in 1,100 establishments around the globally. Until recently it was mainly unions who were blowing the whistle on the practices of the company and arguing that the massive expansion was built on exploiting workers and undermining patient care, such as the dismissal of German workers  and strikes in Belgium.

Reports by CICTAR and PSI have demonstrate the many negative consequences of care commercialisation, as seen in companies like HC-One in the UK, Revera in Canada . Yet CICTAR reports have also shown how even not-for-profit providers in Australia have been forced to internalise negative commercial practices if they want to compete in the industry – highlighting that privatised care is not an exception that needs to be better regulated but is the systemic cause of the problem itself.

This all changed in January when Victor Castanets book Les Fossoyeurs (the Gravediggers) was released, with extracts published in the French daily Le Monde. Castanet spent more than two years researching ORPEA and conducted over 200 interviews, many with care workers, documenting the crisis in care across many of its homes including untreated bed sores, unwashed patients and sanitary pad rationing. He also outlines how abuse of short term, irregular contracts and other methods of exploiting workers supports PSI and EPSU affiliates claims of mistreatment of workers and attempts to frustrate union involvement. These stories are tragically similar to the evidence unearthed by PSI affiliates and others in a similar investigation into privatised care homes in Australia  that resulted in a Government Royal Commission of Inquiry. 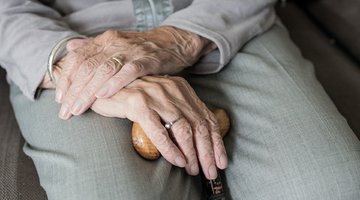 What’s more, Castanet claims that the “Orpea System” rests on political connections with the highest level of the previous French government. He outlines the group’s connections to the French Minister of Health, which allowed it to get prioritised authoristaion for aged care homes. Shockingly Castanet claimed in an interview with BFMTV that “I was asked if I would be prepared to stop my investigation  for €15 million," which he refused.

The French government has called for a ‘flash investigation’ into the alleged neglect of residents. And in the leadup to the French Presidential elections, due to begin in April, the stakes couldn’t be higher.

Once again PSI’s claims that privatised care creates incentives for exploitation of workers, poor care outcomes and corruption of the political system has proven correct. The evidence is overwhelming that vast public funds are being are being used to subsidise the private profits of large corporations more interested in extracting wealth than providing care.

“We cannot continue to treat care as an economic activity – care is a public good that must be funded and delivered by the public system in the public interest. As long as the private sector continues to dominate the provision of long term care, there will always be incentives for it to syphon off profits, dividends and rents to tax havens at the expense of the quality of care and the workers who provide it.”

PSI repeats its calls for the rebuilding of the social basis for care as contained in our Care Manifesto.

It is time to end profit in care.