More than 8000 letters were sent through the LabourStart campaign PSI launched in support of its affiliate, SNAPAP Women's Committee, resulting in the recent release of Dalila Touat and Namia Abdelkader, both teachers and prisoners of conscience. Dalila's trial has been postponed while Namia was acquitted this week.

Nassira Ghozlane, SNAPAP General Secretary, has written to PSI to say thank you for "an effective, influential and successful campaign".

We, members of the National Committee of Working Women affiliated to SNAPAP/CGATA with the Hirak Women's Collective, trade unionists, feminist activists, political associations, lawyers, whistleblowers, bloggers and other activists, engaged in the campaign of solidarity with the detained women, express our recognition and thanks to Public Services International PSI for the effectiveness of the campaign of solidarity with the women arbitrarily detained by the ruling junta.

Thanks to this international campaign initiated by PSI, international trade unions from all over the world have called on the Algerian government to release Dalila Touat and Namia Abdelkader and to stop the persecution of women trade unionists and activists. Thanks to this international campaign, the two activists were released and placed under judicial supervision, Dalila Touat's trial was postponed until the end of March, while Namia Abdelkader was acquitted this week thanks to PSI's campaign at her retrial in March 2021.

Once again, thank you for your support and commitment to our peaceful struggles for the right to freedom of expression and change towards democracy.

Unions have achieved extraordinary progress in terms of workers' rights and conditions, based on social dialogue between our movement and employers, both public and private. 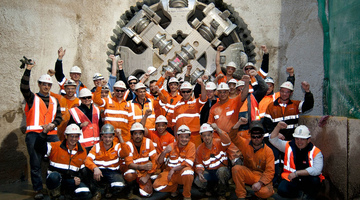