PSI, and its sister global unions IUF and IndustriALL, are very concerned about the detention of Algerian trade unionist Ramzi Dardar, a member of the national bureau of the National Federation of Informal Workers, affiliated to the Conféderation syndicale des forces productives (COSYFOP). They are continuing to call on the ILO to protect the physical and mental health of the trade unionist.

Ramzi was arrested on 30 June 2021 and placed under a detention warrant on spurious grounds including terrorism, undermining the morale of the army and undermining national unity through his publications on social networks.

On 18 July 2021, the court confirmed the judge’s order and Ramzi was sent to Batna prison. He was later transferred to prison block for death row inmates and terrorism defendants, an indescribable trauma for this trade union activist whose physical and mental health are deteriorating. As of today, no date has yet been set for his trial.

“PSI is very worried about the detention of trade unionist Ramzi Dardar and calls on the Algerian Government to immediately release and drop all criminal charges against him. Like other trade unionist comrades in Algeria, Dardar’s only crime is to fight for trade union rights and democracy in his country. The Algerian government must respect the international conventions it has duly ratified.”

The independent and democratic trade union movement in Algeria continues to bear the brunt of ongoing state, political, police, administrative and judicial repression, ignoring the observations of the ILO Committee of Experts in February 2020, with an increasing number of trade unionists harassed or imprisoned.

PSI, the IUF and IndustriALL continue to work together to defend our affiliates by using alerts to the ILO, other UN agencies and regional bodies to raise concerns about rights violations, in addition to regular denunciations of the Algerian government.

PSI, together with Global unions IndustriALL and IUF, calls on the Algerian government to immediately and unconditionally release trade union leader Ramzi Dardar and fully respect the trade union and democratic rights set out in international standards, including ILO Conventions. 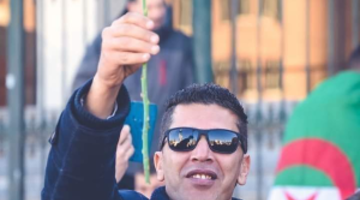