After a period of relative inactivity in Lebanon, calls for a revolution have resurged with protesters declaring a “week of rage" amid a continuing economic and political crisis. Protests have unfortunately turned violent with hundreds of people injured, property destroyed, and the normally-peaceful streets of Beirut almost unrecognizable. Several officials and international bodies including the UN have condemned the use of force by security forces trying to contain the situation.

Just over a month ago on the occasion of World Human Rights Day, Comrade Nadia Badran, President of the Social Workers’ Syndicate in Lebanon (SWSL) affiliated to PSI, addressed media at a press conference on social workers’ position on the current situation in the country. She emphasized that for social workers, “the cause is the human being”.

Comrade Badran added: “it has been a while since the voices began to rise. There are screams of a multitude of demands. ‘Did we participate or not?’, ‘Did we object or agree?’ The fact of the matter is that we all agree that our society is collapsing, on the economic, social, health, educational institutions and the judicial institutions levels; does anyone respond?” What are we witnessing today in Lebanon are the painful and rightful demands. So what is our role? We share as professionals the suffering and we unite to find opportunities.”

Impact of the ongoing protests

Arrests over the last 3 months*

Attended by PSI staff and representatives from other unions and civil society organizations, the SWSL’s press conference focused on the degradation of the basic rights of the Lebanese population due to the economic crisis and called on the Government and responsible to assume their responsibilities – today before tomorrow – and to develop an emergency plan to take care of victims of the ongoing violence. The SWSL seized the opportunity of the World Human Rights Day to reiterate the position of Lebanese social workers, which is that human rights are one, indivisible and unrelated to identity, age, gender or political stands. The Syndicate emphasized that these rights are fundamental and priority in social work as they are not only the basic course of the code of ethics and professional ethics; they are also integral to the definition of the profession of social workers.

Wondering about the fate of social support, particularly in-kind social assistance, which is scarce if at all it exists, Comrade Badran stated that the harsh realities of the current state of the country put each social work specialist in Lebanon “in bitterness and responsibility at the same time”.

She stated: “The basic needs such as food, drink, clothing, housing and ‘breathing’, which are essential, are being eroded. Depriving anyone of these needs is an act of holding back one’s empowerment and advancement. We are entrusted of following up, accompanying, caring and providing support to the vulnerable, the marginalized, and the poor and the special cases, especially the forgotten ones in order to alleviate their suffering.”

Comrade Badran also urged her fellow social workers to address these basic needs and move in more than one direction, stating that this would be at the core of their competence and profession since the inception of social work in Lebanon more than 70 years ago:

“We have pledged! We are called upon to take our professional responsibility to calm hearts and souls, protect the vulnerable, respond to the problems of the people, the families, the communities and institutions, and to quickly intervene in order to restrain the repercussions...”, she said.

Nadia Badran President of the Social Workers’ Syndicate in Lebanon 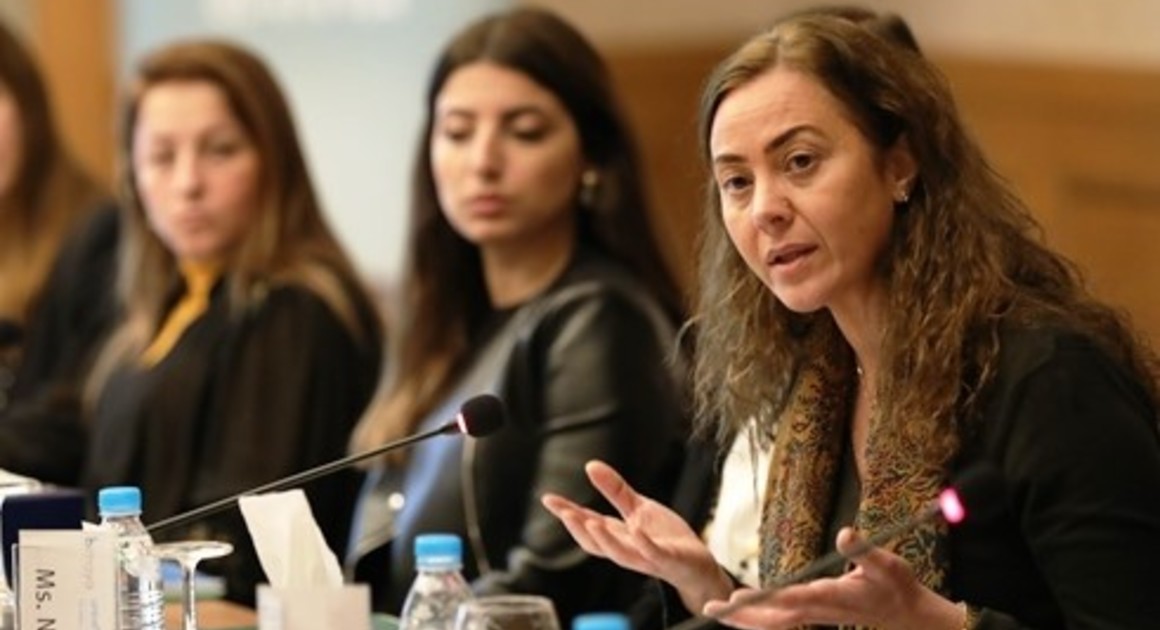 “Our mission is difficult! What complicates it further is that we are also experiencing problems that are shaking our stability on personal and family levels; our personal suffering intersects with the suffering of the beneficiaries from the institutions we work with. However, out of our professional duty, which is needed today more than ever, we try to hold on.”

As protests continue across the country and the situation becoming even more dire, PSI together with the SWSL, calls on the international community, especially donor institutions, to provide support to CSOs and other public institutions in Lebanon, in order to be able to address humanitarian issues (social, economic and health-related) and rearrange the priorities of programs and projects to meet the basic primary needs of those in need at present. Various stakeholders like international donor institutions can do more to set controls that contribute to the implementation of programs in order to achieve the desired objectives. Social workers, by virtue of their specialization, should have a seat at the table.

On World Human Rights Day, Comrade Badran finished her address to the media with an important call for solidarity among social workers as the country continues to face challenging times:

“Today, we are more than ever aware that we are united in everything we accomplish, through a profession that brings us together, where our voice will remain one on humanitarian issues despite difficulties of all kinds and no matter what our affiliations might be. We ask ourselves to show our solidarity in all circumstances, because our profession is a distinct social profession whose cause is the human being. This is how countries are built. Long Live Lebanon!”, she said.

Today, we spare a thought for every social worker involved at the frontlines of the events in Lebanon.