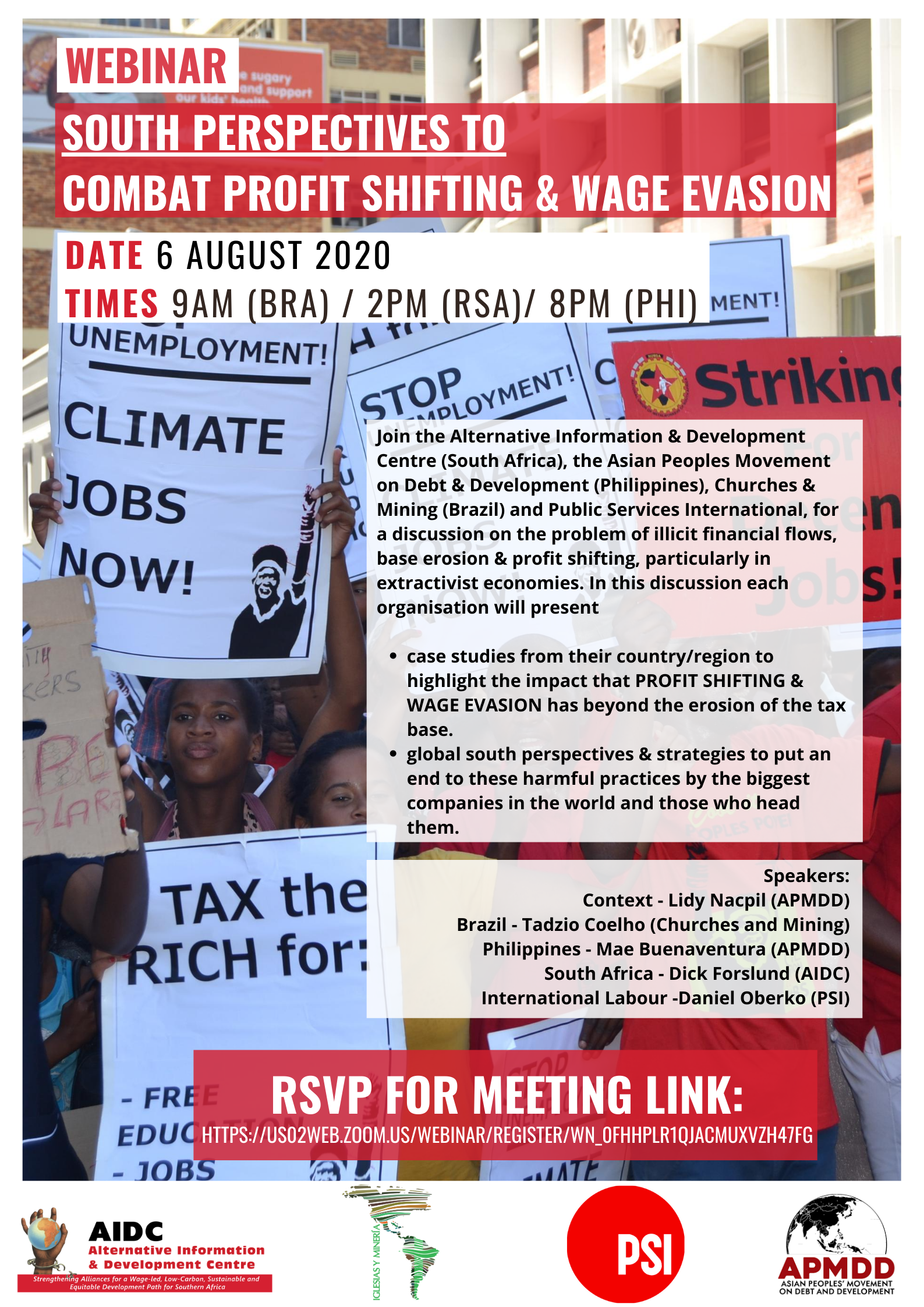 The outbreak of Covid-19 and the devastating health impacts have laid bare inadequate levels of investment in public health and other essential services following years of structural adjustment programmes and austerity. At the same time, we are facing the biggest crisis of our times - the climate emergency - a result of our addiction to fossil fuels. These problems, especially pronounced in countries of the global South, arise out of a system that prioritises corporate profits ahead of people. The pandemic has created an opportunity for us to re-think the kind of societies we want, in this we recognise that whatever that society looks like, meeting people's and the planet's needs must be a core concern. The private sector, driven by the maximisation of profit, has proven unwilling and unable to meet the needs of the people and our environment. This is why the future is public. To transition to a different society will require states to spend more, not less, and in a manner that is people-centered, equitable and rights-based.

Of course, the critical question is where will the money come from? There is lots of money to be harnessed and utilised in transitioning to a social, environmentally and economically just future. In the first instance each year transnational corporations (TNCs) engage in various tax dodging schemes and shift profits to tax havens in order to avoid paying their share in taxes and wages. Extractivist based economies, including Brazil, Philippines and South Africa are among the most affected. Profit shifting and wage evasion exacerbates existing inequalities in what are already the most unequal countries in the world. Contrary to mainstream views the issue of profit shifting and wage evasion is not an anomaly, instead it is integral to a system of exploitation and extraction. Putting an end to profit shifting and wage evasion is not just a matter of tax justice, it can be a massive step towards raising the resources for the future society we want.

The Alternative Information & Development Centre (South Africa), Asian People’s Movement on Debt & Development (Philippines), and Churches and Mining (Brazil), are organisations involved in regional networks supporting popular movements and trade union organisations in their struggles against extractivism and the need to dismantle corporate power - including struggles to combat profit shifting and wage evasion. Each organisation has done, or is undertaking research investigating particular instances of transnational corporations who use transfer pricing practices (euphemistically called aggressive tax planning) in order to avoid paying taxes and decent wages. Churches and Mining is also launching a new campaign for mining divestment.

It is in this context that are co-host a webinar to shed light on the deleterious practices of these corporations, and show how putting an end to these practices and in so doing - Stop the Bleeding - we can start to raise the resources for a wage-led, low-carbon society.