We urge trade unions and workers around the world to organise, unite and stand with the people of Myanmar and isolate the Commander-in-Chief Senior General Min Aung Hlaing and other military leaders responsible for the coup.

What you can do

Join the Global Noise Barrage on 11 February in support of Myanmar's Labour Alliance and general workers. 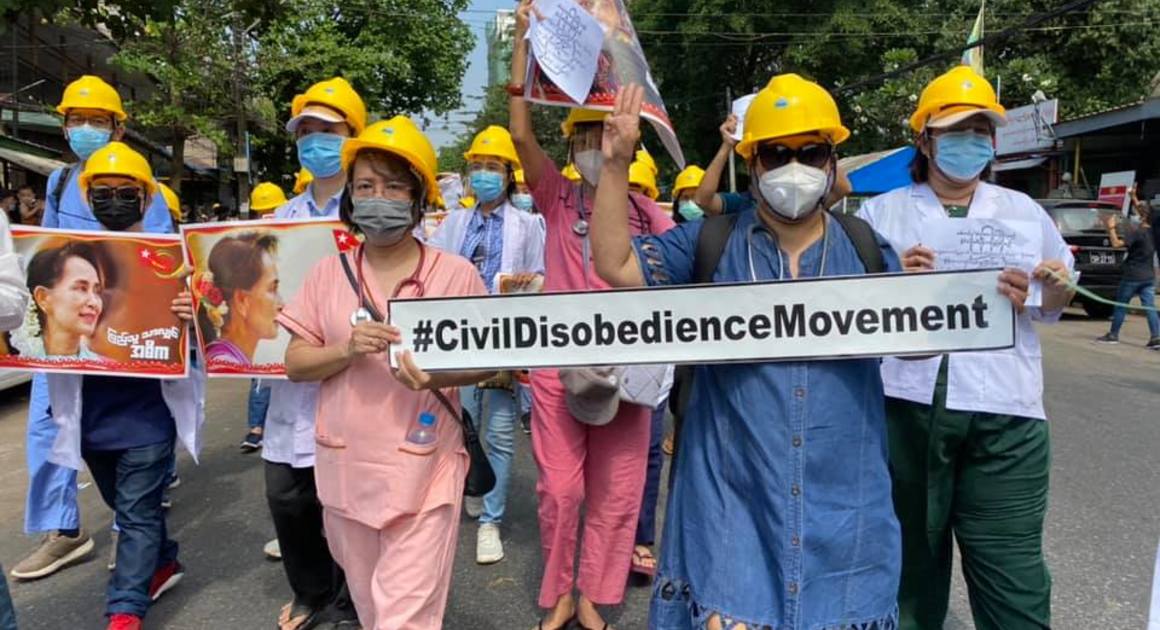 Public service workers have taken the courageous lead to oppose the military coup and defend democracy.

We urge trade unions and workers around the world to organise, unite and stand with the people of Myanmar and isolate the Commander-in-Chief Senior General Min Aung Hlaing and other military leaders responsible for the coup.

In line with the Global Unions vow to confront global forces that work against the interests of working people, leaders of the global union movement today:

We call on our affiliated unions worldwide to support the measures outlined above and to:

Sharan Burrow, General Secretary of the International Trade Union Confederation, said that trade unions are appalled at the seizing of power by the military in Myanmar and will do all within our power to stop the coup succeeding.

“For the people of Myanmar, this is an extremely ominous time as the military attempt to rewrite the rules on the ground. We stand in solidarity with the people of Myanmar and pay tribute to those brave workers taking action defend their fragile democracy and reject the military takeover. The global trade union movement will fight to ensure the release of all those detained and bring an end to the violence and harassment of the people. The perpetrators of the coup must be isolated," said Burrow.

Stephen Cotton, General Secretary of the International Transport Workers’ Federation, said now is the time for the global trade union movement to stand shoulder to shoulder with the workers in Myanmar who continue to protest across the country in defiance against the coup and attempts to stifle dissent by internet blackouts.

“In the wake of the military coup we must unite and ramp up pressure on the UN Security Council, governments and corporations around the world to sanction, target and isolate the military regime until we secure the unconditional release of all detainees, the lifting of state of emergency and the return to civilian rule,” said Cotton.

The Global Unions signing this joint statement are:

PSI condemns the military coup perpetrated in Myanmar and stands in solidarity with the frontline health workers taking industrial action in more than 70 hospitals to demand democracy. 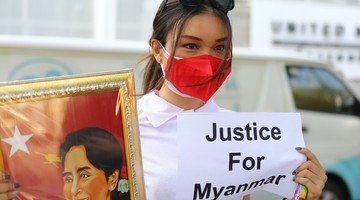